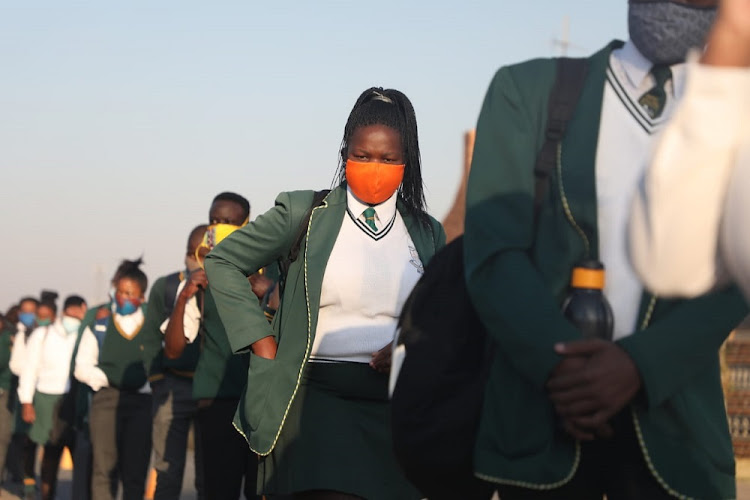 Five teacher unions met basic education director-general Mathanzima Mweli on Monday night to find out when minister Angie Motshekga will reveal details about the management of the rest of the academic year.

When President Cyril Ramaphosa announced last Thursday that pupils will take a four-week break from July 27 to August 24, with the exception of matrics and grade 7s, he indicated that Motshekga would provide details. Matrics were given a one-week break and grade 7s two weeks.

Basic education department spokesperson Elijah Mhlanga told SowetanLIVE's sister publication TimesLIVE on Tuesday that they were in the process of “looking into the implications of the president’s announcement”.

He said a task team, approved by the cabinet recently, would look at the school calendar, the provision of basic services to schools, the revised directions, school nutrition and the phasing in of pupils.

According to close sources,  members of the task team are expected to include education MECs and teacher union representatives.

The unions remained tight-lipped about Monday night’s meeting but according to sources, Motshekga will meet the nine education MECs this week “to galvanise all provincial education departments to follow a common DBE [department of basic education] programme”.

TimesLIVE understands that the issue of former Model C schools opting to bring back grades other than grades 12 and 7 before August 24 also came up for discussion at the meeting.

At least two schools, Fairland Primary School in Johannesburg and Manor Gardens Primary in Durban, told parents last week they would open for grades R to 7 on August 12. This was because they had been granted permission before Ramaphosa’s announcement to phase in more than grades 12 and 7.

The schools, according to the Federation of Governing Bodies of SA Schools, are acting within the law because the revised school calendar, gazetted by Motshekga on June 11, is still in force.

Mhlanga said on Saturday that the process of amending the revised school calendar was at an advanced stage and would be gazetted soon.

He said directives on the return of grades, other than grades 12 and 7, would be issued this week. The meeting was told that grade 7s would return on August 12 and not August 10, the date mentioned by Ramaphosa. This was because, according to the revised school calendar, August 10 was a public holiday and August 11 a school holiday.

The meeting also heard that provincial education departments would issue clear directives on, among other things, which teachers would report for duty when grade 12s return on August 3 and when grade 7s start on August 12.

Chris Klopper, CEO of the SA Teachers' Union, declined to comment on Monday night's meeting, saying it was confidential.

Ben Machipi, general secretary of the 17,000-strong Professional Educators’ Union (PEU), also declined to comment on it. But he said that the provinces should use the four-week break to focus on resolving outstanding issues that were “impediments to the smooth running of the teaching and learning process”.

“For that to happen, provinces need to be transparent about the actual challenges they are experiencing.”

Mhlanga confirmed to TimesLIVE on Tuesday that teacher unions wrote to the department asking for a meeting to seek clarification on “a whole range of issues”.

“They presented the list of issues as reflected in public statements they have made.”

Responding to questions on what was expected to be discussed at this week’s Council of Education Ministers’ (CEM) meeting, he said: “At the right time the minister will make an announcement on decisions taken by CEM.”

The Federation of Governing Bodies of SA Schools (Fedsas) says it is awaiting further directions from basic education minister Angie Motshekga on the ...
News
2 years ago

Circular hints at 'possible' phased-in return for pupils in Gauteng

The Gauteng education department is planning to “possibly” phase-in pupils in seven different grades when schools reopen on August 24 after the ...
News
2 years ago
Next Article