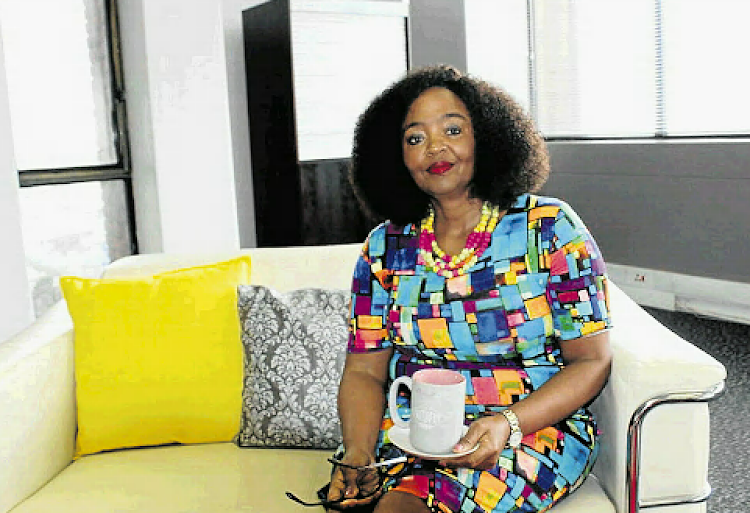 Water and sanitation minister Lindiwe Sisulu’s failed presidential campaign allegedly left her adviser R35m out of pocket and desperately looking to Amatola Water to recoup the money, it has emerged in an explosive affidavit in the hands of the Hawks, the police’s Directorate for Priority Crime Investigation.

The startling allegations against Sisulu’s long-time aide, Mphumzi Mdekazi, were made by suspended Amatola Water CEO Vuyo Zitumane, who claimed he had confided in her that Sisulu’s 2017 campaign had left him in “serious” debt along with “sleepless nights”.

Zitumane was placed on precautionary suspension on Tuesday last week, after receiving a letter dated April 23.

Days later, Sisulu disbanded the board and placed the water body under administration, saying it was dysfunctional.

Zitumane alleged that Mdekazi wanted to use Amatola Water to channel money into a multimillion-rand sand abstraction project.

“He told me that he is in serious trouble and needs about R35m to defray the debt incurred for the presidential campaign he led for the minister before Nasrec [the ANC elective conference in 2017],” she said in the signed affidavit.

At the conference, President Cyril Ramaphosa was elected to lead the ANC.

The minister of international relations and cooperation Lindiwe Sisulu has been dragged into a bitter legal battle involving her nephew Moyikwa ...
News
2 years ago

“He [Mdekazi] indicated that the people he owed money want to take the matter to the media,” Zitumane wrote.

“My discussion with Mr Mdekazi went beyond the funding and he expressed his frustration with President Cyril Ramaphosa ...

“This was thereafter followed by spates of negative messages, pictures and articles that are attacking the president.

“He further indicated that the Eastern Cape must support [Sisulu] as the next presidential candidate as he failed the last time [to achieve this].”

Her affidavit — stamped by the East London police — was handed over to the commercial crimes unit on April 23 when she opened a case against Mdekazi in terms of the Prevention and Combating of Corrupt Activities Act.

“We are still awaiting some information. We can’t get into further details,” he said.

Sisulu’s spokesperson, McIntosh Polela, said the minister had been briefed on the allegations but could not comment on an affidavit she had not yet seen.

Asked if Sisulu would be investigating the claims by Zitumane, he said: “The minister is taking legal advice on the matter and will attend to it once this process is complete.”

He also rejected allegations that Sisulu had threatened to take over running the Amatola Water board after Zitumane refused to do the water abstraction projects.

“The allegations that the minister has made such threats are unfounded.” He said Mdekazi would have to respond to the alleged debt incurred due to the presidential campaign.

Mdekazi said in response: “I don’t know what she [Zitumane] is talking about.

“I am not authorised to speak on this issue. I am tempted though.”

Mdekazi referred all questions to advocate Loyiso Mnqandi, who said later she had not received any instruction to give comment.

“Under these circumstances I don’t have instruction to comment on an affidavit.

“My mandate is only to offer counsel and legal advice, and this is privileged information,” she said, adding that questions should be sent via e-mail and answers would be supplied by 1pm on Wednesday.”

The idea for the sand abstraction project was first mooted by Mdekazi to Zitumane in October last year, 2019, according to the affidavit.

“After discussing this sand abstraction technology, I expressed a keen interest on the technology for the Eastern Cape which is affected by drought; however, [I] impressed that Amatola Water would have to rely on the research capability of the water research council in exploring a new technology,” Zitumane wrote.

There was only one company that had the intellectual property rights for sand abstraction in SA, she said.

Neither the company nor the owner is being named as he could not be reached for comment.

Both Zitumane and Legodi are now the subject of investigations sanctioned by Sisulu, but they allege they are being targeted for their refusal to break supply chain regulations despite pressure from the minister and her advisers.

In his affidavit, Legodi said it was Mdekazi who introduced him to the boss of the company that has the intellectual property rights.

Zitumane wrote in her affidavit that Amatola Water had financial constraints.

“I also indicated the financial constraints of Amatola Water and indicated that the Water Services Authorities would have to be on board as they have the funds for drought intervention.

“Mdekazi indicated that he can source funds within the department [of] human settlements, water and sanitation for the rollout of the sand abstraction; however, Amatola Water must make a proposal.”

She alleged that Mdekazi was behind her suspension and that her problem started when the Amatola Water board was given R230m from the drought allocation funding.

Though no charges or allegations are listed in the suspension letter, Zitumane told The Herald previously that her suspension would ensure the project was signed off while she was stuck at home.

According to the letter, Zitumane is being placed on suspension for 60 days while an investigation instigated by Sisulu is carried out. The probe includes an investigation into the financial affairs of the state-owned entity and lifestyle audits of all executives, including the previous board.

“I was called by one of Mdekazi’s friends to inform me of a meeting that took place where he [Mdekazi] threatened to deal with me because of not allocating 60% of the R230m towards sand abstraction,” Zitumane said in the affidavit.

The conversation was recorded, Zitumane said, as she had started to fear for her life.

“Rumours about a pending investigation circulated and, indeed, an investigation that is aimed at scaring me and damaging my reputation commenced.

“He [Mdekazi] is notoriously known for conducting illicit investigations on officials who do not want to take instructions from him so he can blackmail them and punish them,” she wrote.

At the end of October, Amatola Water started the process of running a sand abstraction pilot project through the Water Research Commission.

“Mdekazi was following up on the progress almost weekly,” Zitumane claimed, saying he created the impression that he had the authority to run Sisulu’s department — an impression “confirmed” in the manner he spoke to Sisulu on the phone.

However, Zitumane alleged more sites were tested — including the hometown of Mdekazi — without her approval and that Amatola Water was later billed for this.

“I made it clear that there was neither an instruction, nor a process of appointing [the company] to test sites and therefore no payment would be forthcoming from Amatola Water.

“It is worth noting that most of the areas to be tested were never requested or prioritised for drought intervention,” the affidavit says.

“My advice was that the testing should be construed as an exercise which was taken on risk and would only be paid once the projects are approved formally.”

The pilot project was successfully tested in the Albany Coast on December 19.

“The Amatola Water board is expecting a report from the Water Research Council with specific recommendations so that this technology can be rolled out.

“It is working well at Albany Coast with few hiccups.”

Zitumane wrote that on March 20, she had received calls from three of the minister’s advisers telling her about the “unhappiness” of delaying the sand abstraction technology rollout.