Disappointed Beast moves on after an aborted Washington DC stint 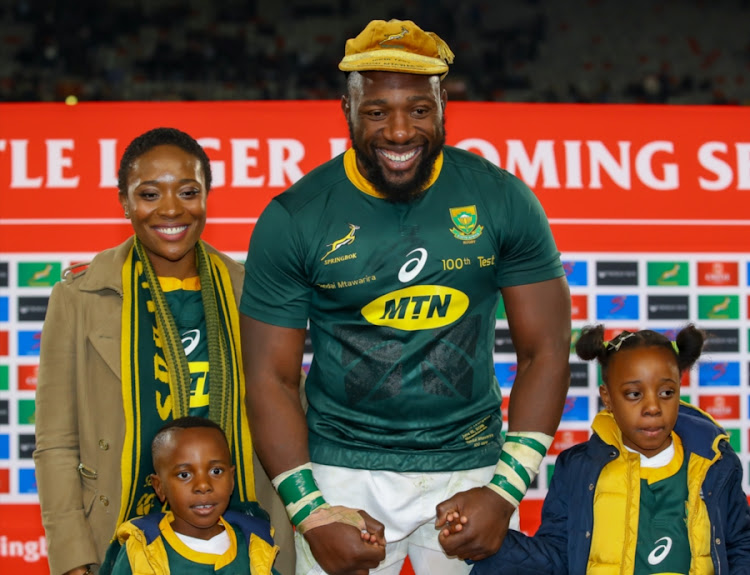 Beast Mtawarira with his family after playing in his 100th test match for South Africa.
Image: Gordon Arons/Gallo Images

But, barely three months later, he is back in South Africa, the stint over and done with, thanks to the Covid-19 pandemic.

The star prop spoke with SowetanLIVE about his aborted move to the US capital where he turned out for Major League Rugby outfit Old Glory, a move that came after hanging up the Springbok jersey in November 2019. At that point, he had gone about anchoring his place in the national team's mythology as the third most capped player, and had been to the pinnacle of the game, winning the World Cup in Japan alongside the likes of Siya Kolisi, Pieter-Steph du Toit and Makazole Mapimpi. In the US, he arrived to much fan-fare, a curiosity in a country known to be obsessed with just two codes - American football and basketball.

However, his clout ensured that even the Washington Post found him compelling enough to do a lengthy write-up, calling him 'the biggest rugby star' and an import cog in 'helping to expand rugby in a market that the rest of the world considers a sleeping giant'. The lofty projections did not bear fruit through no fault of his own, but Mtawarira faces the disappointment with typical 'Beast Mode'.

'I arrived in DC in February and it was great. I was looking forward to not just playing on the field, but in my role as an ambassador of the game in the United States. But the Covid-19 outbreak cut the season short and it was all done. Nothing is going to happen this year, but I hope to be involved in some way in future," Mtawarira said.

The 34-year-old spoke beyond just this latest chapter in his life, however, opened up about the role that Archbishop Desmond Tutu played in him ending up playing in Springbok colours, despite being Zimbabwean-born. The process proved controversial, with government ministers involved and dissenting voices also chiming in and questioning his eligibility.'Had it not been for the archbishop's help, I don't know what would have happened. He is one of the best people that I have ever had the privilege of knowing. The experience was yet another way for me to learn about perseverance. I was in doubt about my future, but God resolved the situation for me. I also had the support of very strong people, especially my wife,' he said.

The streets of Braamfontein were packed to the rafters as the Rugby World Cup-winning Springboks drove through the inner Johannesburg central ...
Sport
1 year ago

Unsurprisingly, he singles out the Boks' epic World Cup victory as one of his best moments on the field, as well as the victory against the British and Irish Lions in 2009, in which the then 23-year-old achieved cult status here and abroad for dismantling the Lions' scrum. "Last year, lifting the World Cup. There is no feeling better than that. 2009 was special too, playing with the best players ever, and beating the Lions three times in a row was amazing".

The prospect of retirement is not at all daunting for Mtawarira, who prepared rigorously for post rugby life by investing in a number of businesses, including his shareholding in a well-known security company for eight years and co-owning a marketing company. I'm excited. I prepared myself for retirement. I knew rugby was going to have to end one day - you can't play forever. I have also registered for an MBA at Haley Business School, and will be dedicating my time to my foundation, the Beast Foundation. We work with kids and empower them through sports and education," he said.