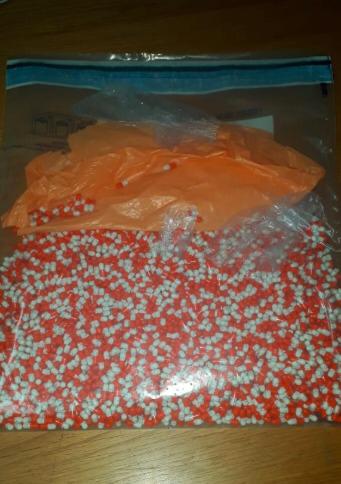 More than 3,000 suspected heroin capsules were recovered from the private vehicle of a Durban police detective on Tuesday night.
Image: Supplied

A KwaZulu-Natal police officer was arrested on Tuesday night in Shallcross, south of Durban, after allegedly being found in possession of 3,061 capsules suspected to contain heroin.

Members of the Chatsworth drug unit were patrolling in Shallcross when they noticed a man seated in a grey vehicle. They approached the driver and asked to search his vehicle.

The man was then arrested and charged for being in possession of heroin.

It was later established that he was a policeman, stationed at Berea SAPS.

The detective constable, whose identity is known to TimesLIVE, was on duty but inhis private vehicle. He had four dockets with him at the time of his arrest.

He said he was in the area to obtain chain-of-events statements.

Police spokesperson Col Thembeka Mbele said the suspect was expected to appear in the Chatsworth magistrate's court on Wednesday.

A Johannesburg metro police officer is behind bars for corruption after he was turned in by his colleague, JMPD chief David Tembe said on Tuesday.
News
2 years ago

Two Cape Town police officers were sentenced to three years in jail for accepting bribes from a drug dealer.
News
2 years ago
Next Article