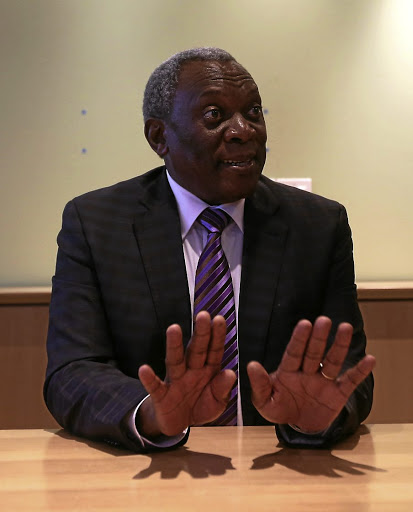 Former home affairs minister Siyabonga Cwele has been accused of swearing at a female traffic officer, calling her "corrupt and useless" after his driver was stopped for allegedly speeding.

Cwele's driver was stopped by the officers on the N3 between Heidelberg, Gauteng, and Balfour, Mpumalanga, on Monday last week. Cwele's Porsche was stopped for allegedly clocking 137km/h in a 120km/h area.

According to statements the two officers wrote to the provincial chief inspector of the traffic department, they claimed that Cwele verbally attacked a female officer, calling her "corrupt and useless".

"On August 5, I was doing a speed measurement at N3-10, 24kp, direction to Villiers/Durban. At around 07:30h, I stopped a Porsche SUV, colour white with registration, CXXXGP. It was driving at 137km/h, which is excess of the general speed limit of 120km/h," the officer wrote.

Being an ordinary MP with no free booze is thirsty business

Conferences, like parliamentary sittings, are mind-numbing talk-shop exercises that require copious amounts of alcohol to reset the brain.
Lifestyle
2 years ago

"At the rear seat of the vehicle there was a person, unaware that it was minister Mr. Siyabonga Cwele. He stepped out of the vehicle while I was busy issuing the ticket to his driver and told me that he wanted to see the speed he was doing. I informed him that I have already informed the driver that if he wanted to see the speed he is welcome to see at the pro-laser machine," reads the statement.

"Then Mr. Cwele started to attack me verbally, telling me to bring the machine to him as he cannot cross the freeway and I was putting his life in danger... [he] told me that I was a corrupt official... doing but corrupt activities.

"I replied to say thank you (sic). While still busy writing the ticket, Mr. Cwele shouted not once, not twice but many times calling me a bastard," reads the statement.

However, Cwele denied that he insulted a traffic officer but said he only wanted to see the speed.

"I did not insult anyone... I asked the lady to see the speed which our car was traveling in. After she failed to show me, saying I must cross the road, I left," said Cwele.

MKMVA president initially did not make the cut after the elections.
News
2 years ago
Next Article