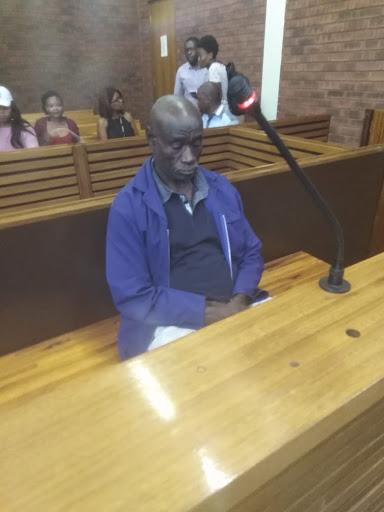 Charges have been withdrawn against Fita Khupe‚ a suspect in the murder of seven members of the Khoza family at Vlakfontein‚ the National Prosecuting Authority said on Friday.

Khupe had been in a long-standing relationship with one of the Khoza women who were found murdered and buried under heaps of soil in the family home in October 2018.

The state said there were no prospects of a successful prosecution after Khupe's co-accused‚ Ernest Mabaso‚ died in prison in January.

"The death of Ernest Mabaso‚ who was accused 1 in this matter‚ proved detrimental to the State’s case and had to employ a different strategy after realising the negative impact that Mabasa’s death had on its case. Those efforts proved to be a fruitless exercise and brought the State to a conclusion that there are no reasonable prospects of a successful prosecution‚ hence the decision to withdraw the charges against Khupe‚" said NPA spokesperson Phindi Mjonondwane.

Mjonondwane said the state bears the burden of proof and in proving its case‚ it relied on oral or written evidence by witnesses‚ including experts. The decision to withdraw the charges was influenced by a number of factors.

She also said the DNA evidence extracted from the crime scene excludes Khupe‚ and there were witnesses who could testify that Khupe was involved in murdering the Khozas‚ nor can anyone place him at the scene of crime during the commission of the offence.

The NPA said it therefore decided to refer the matter to a magistrate to conduct an inquest hearing to establish the circumstances surrounding the death of the Khoza family.

Following the decision not to prosecute‚ Mjondondwane said the prosecution held a meeting with some family members of the deceased to explain the motivation for the decision.

Just like that, family murdered. No one will be responsible for it. 7 lives taken, 7. #Vlakfontein