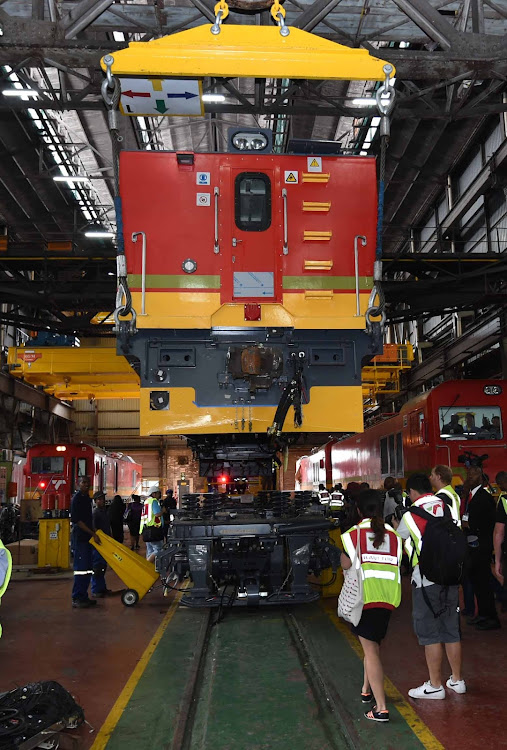 Transnet paid R1.2bn to relocate manufacturing facilities from Gauteng to Durban, but this was never done.
Image: Kopano Tlape

Transnet is said to have ignored advice from PricewaterhouseCoopers (PwC) when it signed  agreements with locomotive manufacturers Bombardier and China North Rail (CNR) in 2014, without stipulating that their manufacturing facilities would be in Durban.

This resulted in Transnet's controversial "relocation" of two manufacturing facilities from Gauteng to Durban at a cost of R1.2bn, which was paid for but not carried out.

Testifying at the state capture inquiry on Thursday, Thobani Mnyandu, from MNS Attorneys, which was contracted to investigate allegations of wrongdoing at the state-owned company, said their probe found that Transnet paid for the relocation of manufacturing facilities for Bombardier and CNR at a cost of R618m and R647m respectively.

However, "the finding we made was there was no relocation," Mnyandu said.

Tshiamo Sedumedi continued his damning testimony of Transnet's dodgy deals at the state capture inquiry on Wednesday.
News
2 years ago

"We found that there was no relocation for Bombardier or CNR. While there wasn’t a relocation per say, there was a decision communicated to them to be located at a place different to the one they initially thought they would be located at, [according to] the tender negotiations."

However, Transnet was warned by PwC that the operations of the two locomotive manufacturers, which were contracted as part of a group of companies to assemble 1,064 locomotives (another deal shrouded in controversy), could not be housed at Transnet's Koedoespoort facility in Pretoria.

In a 2014 report commissioned by Transnet, PwC had already warned that the facility could not house more than two manufacturers and suggested that the contracts make provision for the manufacturing process to be conducted out of Durban or Uitenhage, in the Eastern Cape.

This provision was to be made before the locomotive supply agreements (the contracts for 1,064 locomotives) were awarded.

"We found that the advice by PwC was not carried through. In the sale agreements, not the concept, relocation, nor the cost play any role, nor is it mentioned in those agreements," Mnyandu said.

This resulted in the "unjustifiable" skyrocketing of costs for the "relocation" of these facilities to Durban once the contracts were awarded.

MNS Attorneys was one of the companies appointed by Transnet's new board in 2018 to investigate contracts awarded during previous administrations at Transnet, led by Brian Molefe and his successor, Siyabonga Gama. These included Transnet's controversial purchase of the 1,064 locomotives; the appointment of advisers and consultants (such as McKinsey), and their influence on the company; and the procurement of locomotives from China South Rail (CSR).

Various representatives from the firm who took part in the investigation have testified at the commission throughout the week and are expected to conclude their evidence on Friday.