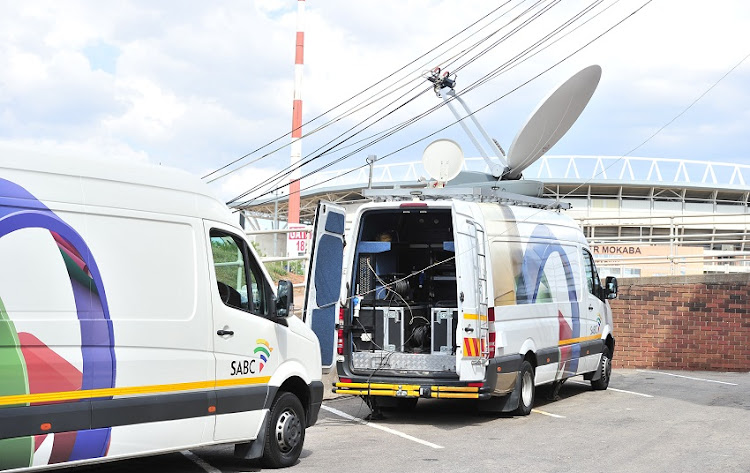 SABC employees were on Tuesday robbed of their broadcasting equipment.
Image: BackpagePix

SABC journalists are continuing to become targets of criminals after the public broadcaster's staff was robbed of their equipment while covering a story in Alexandra, northern Johannesburg, on Tuesday afternoon.

The criminals pounced on the journalists and made off with the SABC equipment, the public broadcaster confirmed the incident in a statement.

"The South African Broadcasting Corporation has noted with extreme concern the attempted hijacking and robbery of its journalists, while covering a story in Johannesburg’s Alexandra township this afternoon. The corporation is relieved that none of its crew members were harmed," said SABC spokesperson Vuyo Mthembu.

A security guard was badly beaten, a ball boy and several other spectators injured and millions of rands of damage sustained as angry Kaizer Chiefs ...
Sport
4 years ago

"The crew was robbed of its broadcast equipment, and the matter has been reported to the police. The SABC condemns the attack on its journalists, and has further noted recent events where its crews have been attacked while covering stories.

"As our journalists continue to cover political campaigns across the country ahead of the May election, the SABC urges the public to allow them to do their work without any interruption, intimidation and harm," Mthembu said.

SABC journalists have in recent years fallen prey to thugs. Two men were each sentenced to 15 years after they robbed an SABC news crew while they were broadcasting live outside Milpark Hospital in Johannesburg in March 2015.

In November, an unidentified woman was caught by CCTV footage stealing an SABC camera at the venue of the state capture inquiry in Parktown, Johannesburg.