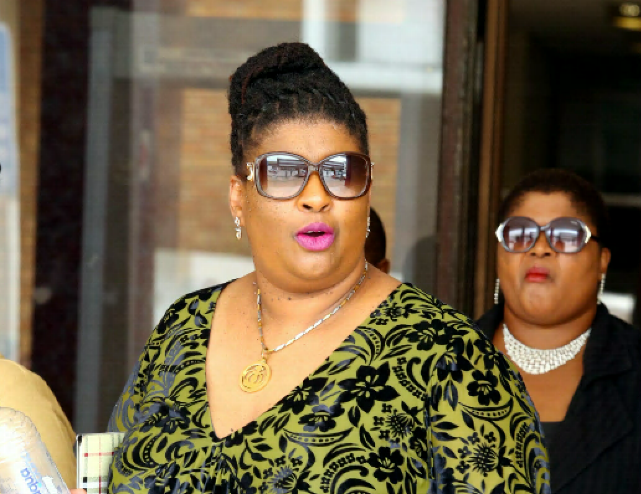 It is alleged that between 2009 and 2010, Sizani created "ghost" teachers and took their salaries, amounting to R1.2m.

As co-ordinator, she was in charge of appointing grade R teachers at Eastern Cape schools. The Equal Education NGO, which has been following the case, said she is accused of allegedly obtaining the personal details of teachers, applying for posts on their behalf and falsifying the principal's signature of approval. Once the money was paid by the department into the teachers' accounts, Sizani would allegedly inform them that a mistake had been made and that the money should be paid back to her. She denies this.

In 2015, the Herald newspaper reported on testimony by a Port Elizabeth woman who said Sizani told her to hand over R20,000 after money was deposited into her bank account by the Eastern Cape education department. This was done despite the woman not being employed by the department.

Sizani's wife in bid to get magistrate to recuse himself

Portia "Pankie" Sizani‚ wife of South Africa’s ambassador to Germany‚ Stone Sizani‚ on Thursday resorted to the Grahamstown High Court in a bid to ...
News
4 years ago

Khutala Tise, 34, testified that she was working at Magnum Motors in 2009 when she applied for a post at the department's district office and handed her CV to Sizani. She said Sizani had requested her to complete some forms and take one to the bank to be completed before returning it to her. Sizani then told her that she would receive money from the department.

Tise told the court that a month later, R22,800 was deposited into her bank account and Sizani had instructed her to return R20,000.

She said the money had been paid to her while she was still employed at Magnum Motors.

"I took this money to the accused's office," Tise said.

When asked about the remaining R2,800, she said: "Sizani said I can take it as it was my salary."

Tise said Sizani had told her that she would try to find placement at a school for her, but instructed Tise to look for a school as well.

"I resigned and went to help at a creche in Kwazakhele," Tise said.

In 2010, Sizani told her to report for duty at Little Sunshine preschool where she remained and received a stipend each month.