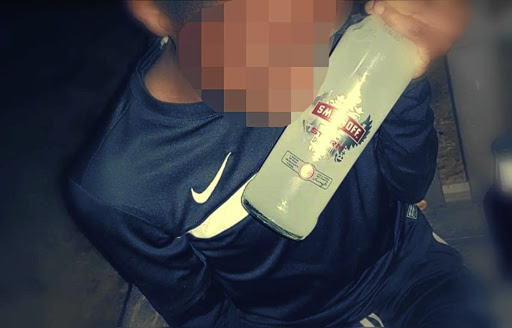 The murder accused teenager attracted admirers for his expensive taste of designer clothes.

A 15-year-old Limpopo high school pupil who was arrested along with four others in connection with the killing of a Polokwane man is facing an attempted murder charge after he allegedly stabbed another person last year.

Sowetan has learnt that the teenager, whose father is a retired policeman, had allegedly stabbed another person in Bendor, Polokwane.

The teenager, along with the four others, were arrested after the brutal murder of a Flora Park musician and college student Thoriso Themane, 28, on Saturday.

Themane's brutal assault was recorded on a cellphone video that has gone viral and sparked public outcry.

An online petition calling for the minors implicated in Thoriso Themane's killing to be jailed was doing the rounds on social media on Wednesday.
News
3 years ago

Yesterday, a police source told Sowetan that a previous case against the minor was still being investigated. "Police and prosecutors met yesterday [Tuesday] and decided to reopen the case," said a source.

Sources close to the investigation told Sowetan that the 15-year-old Capricorn High School pupil had also opened a counter-charge of assault in the same matter. 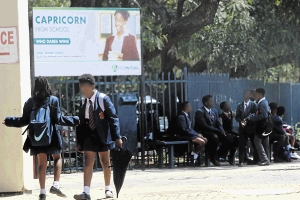 Allegations of the teen's previous brush with the law surfaced on social media after Themane's killing with users claiming he had pending cases against him.

A fellow Capricorn High School pupil who was at the party where the stabbing took place last year told Sowetan that the teenager had tried to gatecrash the party. When they were turned away at the door he allegedly pulled out a knife and stabbed another boy.

The murder-accused pupil's father, who had initially claimed his son had not been involved in any crime before told Sowetan yesterday that there was a pending case against the teenager.

"I'm aware of the case as police informed [me] yesterday to come to the station; I'm in a meeting now," said the retired policeman.

National police spokesperson Brig Vish Naidoo said they wouldn't comment regarding the attempted murder charge until the suspect had appeared in court today.

Before the murder at the weekend, the teenager had attracted loads of admiration from his Facebook friends for his expensive taste in designer clothes. In another post he appeared with a stash of money in his mouth.

In another photo he is seen holding a bottle of Russian Bear vodka.

In a video clip which went viral this week, he is seen in a school uniform responding to a question that he is indeed feeling good that he killed a person. "Yes, you know my father is untouchable," he responded before walking away.

The trees swayed in Flora Park as a few dirty plastic bags and pieces of paper fluttered in the breeze. No people could be spotted on what was a ...
News
3 years ago

Days after the formation of a hashtag calling for justice for Thoriso Themane, who died after allegedly being beaten by a group of school pupils in ...
News
3 years ago

Friends of the man who was beaten to death and dumped in Flora Park, Polokwane, at the weekend on Tuesday expressed shock and dismay at the killing.
News
3 years ago

Police are looking for a group of high school pupils who allegedly stabbed a man to death in Polokwane.
News
3 years ago
Next Article