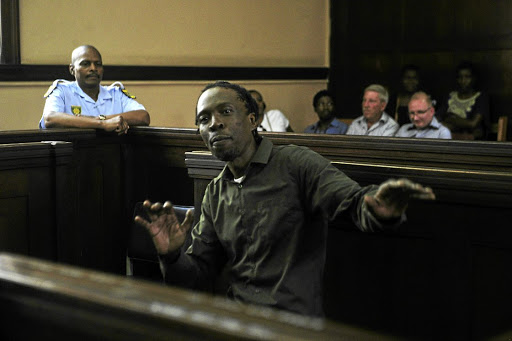 Musician Pitch Black Afro's bail hearing was disrupted after his defence decided to question the age of his wife's bruises and the pathologists findings.

Magistrate Paul du Plessis was expected to rule on the rapper's bail application on Thursday at the Johannesburg Magistrate's Court.

However, Du Plessis said he would subpoena the pathologist who examined the body of Trisha Modisane to fully understand the extent and age of the deceased injuries before announcing his decision.

The rapper, whose real name is Thulani Ngcobo, is accused of premeditated murder of his wife and defeating the ends of justice.

Modisane died on New Year's Eve at a B&B the couple had been visiting in Yeoville, Johannesburg.

Ngcobo's lawyer Meshack Maluleke said it was possible that Modisane sustained her bruises days before she died. Du Plessis disagreed, noting that the pathologist was clear in his findings of how Modisane died.

"The pathologist said she died of blunt force injury. What you are now doing is expressing a medical opinion," said Du Plessis.

He added that the pathologist would also explain if the blood on a sanitary pad found on the scene was the deceased menstrual blood or if the blood came from Modisane's injuries. The case was postponed to February 21.

Musician Pitch Black Afro, real name Thulani Ngcobo, has been remanded in custody once again pending judgment on his bail hearing.
News
3 years ago
Next Article