Death in the name of liberation 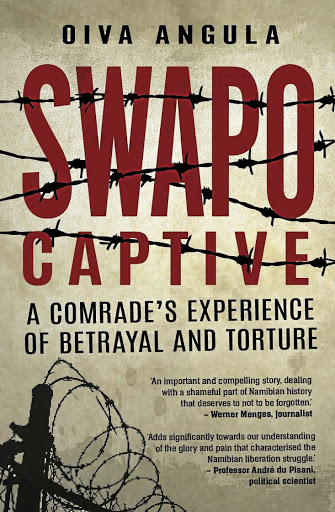 This edited extract is from Swapo Captive: A Comrade's Experience of Betrayal and Torture by Oiva Angula.

Death loomed in the pits. In 1986 it started to thin our ranks. Diseases that prey on starving people were rampant. We were crowded, poorly fed, and kept dirty. The Omungakwiyu detention camp was infamous for worsening conditions.

On 2 March 1986, the rays of the morning sun had barely penetrated through the pit's opening when we heard a chilling sound. Gabriel "Gabes" Hangula lay on the ground. Suddenly, a look of terror spread over his face and he began panting for breath. His legs kicked a couple of times and then he died. It was so sudden. We were grief-stricken at losing him. He always wore a smile on his face, despite the conditions in the pit. But perhaps he was lucky, I thought: no more torture, misery, hunger and abuse.

A few months after Gabes's passing, another detainee, Michael Liswaniso, complained of pain throughout his body. He developed nausea and vomiting. Richard Matengu sat next to him. All he said was, "Michael is dead, he is dead."

A deep silence reigned in the pit. "Oh my God," I muttered to myself. "What a painful, wretched way to die."

Four detainees and I were ordered to bury Michael. We carried the corpse on a stretcher bed as we silently wended our way into the veld and buried his remains in an unmarked, shallow grave - his final resting place. The guards threw leaves, weeds and tree branches over the grave to hide it. The burial was hasty. It was a scene that made me weep.

Never in my life have I seen a funeral more humble than his. We came back steeped in shadow and silence. Slowly, the detainees began singing Our Hope. I slept badly that night. A profound darkness gripped me, but over the next few days I found solace in the knowledge that Michael's soul had found eternal peace, albeit far from his native Kabbe.

My friend Beni Petrus was the next to be snatched away from us, on 13 November 1986. When Beni had disappeared on an unspecified "party mission" in 1982, he was a robust, bright and healthy-looking young commissar. When I saw him three years later at the camp, his bloom of good health was gone. By November 1986, Beni was urinating blood as a result of constant beatings. His bruised, ulcerated fingernails oozed. But despite the fact that his body was weak and disfigured by our tormentors, his spirit was still unbroken.

"We should not lose hope in life. The day will come when we will face them as free people," he told me until he finally died like a dog at the hands of criminals within Swapo.

In these faces of the victims, old and young, all beautifully brave, I see the shining spirit of Beni. Until death, he was loyal to the ideal of freedom for Namibia. Death at the hands of a liberation movement to which he dedicated his youth was the reward for his loyalty.