All smiles as Zulu king Zwelithini celebrates his 70th birthday 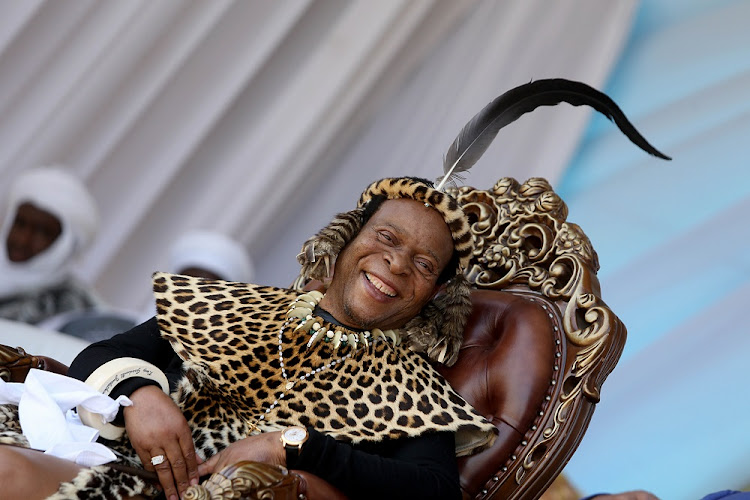 Zulu King Goodwill Zwelithini was a picture of happiness and all smiles during his 70th birthday celebrations at the Enyokeni Palace in Nongoma, KwaZulu-Natal on Friday.

Hundreds of his subjects gathered at the palace to celebrate with their monarch‚ who looked resplendent in his traditional attire - complete with a leopard skin and a feather.

He was seated next to mining mogul Patrice Motsepe‚ whose foundation has donated millions of rands to traditional leaders‚ including the Zulu monarch.

Motsepe‚ during a message of support‚ said the king’s birthday was a “very special day”. 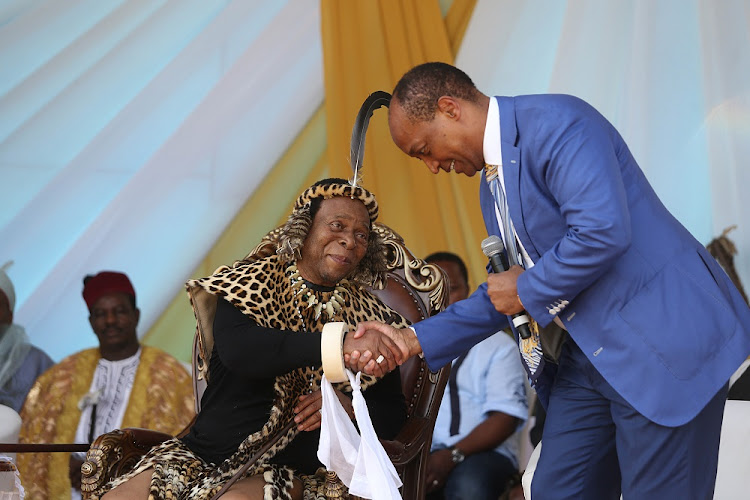 Also in attendance was axed SABC chief operating officer Hlaudi Motsoeneng‚ who enjoys a good relationship with the king and was the person who introduced the live coverage of the annual reed dance.

Zwelithini was ushered into the venue by a police brass brand and amabutho‚ who sang Zulu songs. There were also colourful performances by maidens and women clad in their traditional gear and izicholo (traditional Zulu hats).

There was also an impressive line-up of maskandi artists who performed for the king. They included Khuzeni‚ Thokozani Langa‚ Sgwebo Sentambo and Buselaphi.

The celebration at Enyokeni would be followed by a gala dinner at the king's nearby Linduzulu Palace in Nongoma.