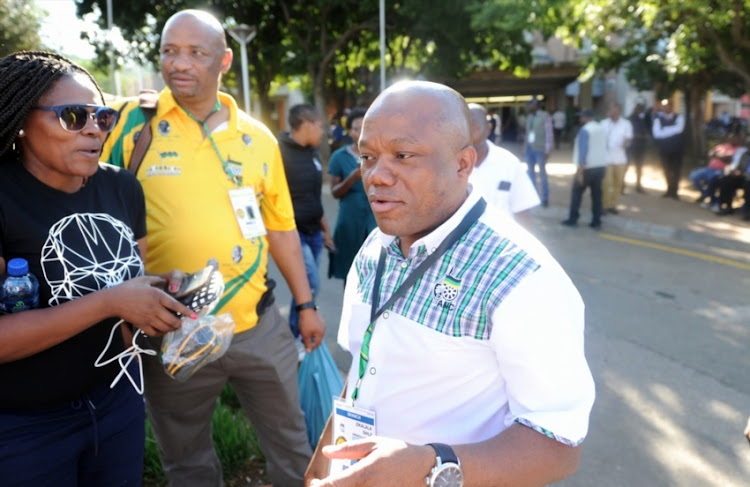 Nominations for the top five positions went ahead early on Saturday‚ with Sihle Zikalala elected unopposed as chairman and Nomusa Dube-Ncube as treasurer.

For the position of provincial secretary‚ Super Zuma — who held the position in the suspended provincial executive committee — emerged as the only nominee. However‚ former provincial spokesman Mdumiseni Ntuli was nominated from the floor‚ forcing a vote.

Ntuli was nominated by the ANC Youth League in the province‚ which cited the need for younger blood in the leadership. Ntuli accepted the nomination.

The most interesting contest is for the position of deputy secretary. The former deputy of the previous provincial leadership‚ Mluleki Ndobe‚ was nominated and he accepted “on principle”.

However‚ two names emerged from the floor: Ukhahlamba regional secretary Sipho Hlomuka and former arts and culture MEC Bongi Sithole-Moloi. She was previously fired as mayor of Mgungundlovu District Municipality after her own party kicked her out in a vote of no confidence.

Central to her sacking were allegations that she had channelled R1.5-million of taxpayers’ money into the account of Lucky Moloi‚ a man she later married.

Despite the position of deputy provincial chairperson having seemingly been decided in a unity leadership slate‚ former incumbent Willies Mchunu will go head to head with Mike Mabuyakhulu‚ who has led the provincial task team since February.

Results of all the votes are expected later on Saturday.