'Treat all kings the Same' - Cosatu 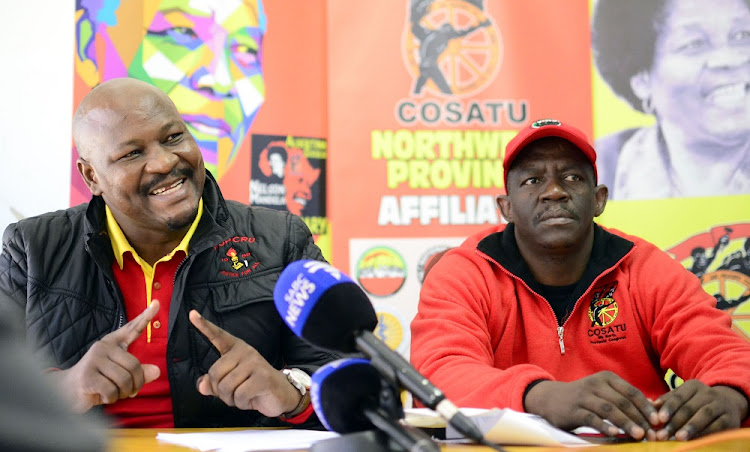 Cosatu in North West has called on the government to treat all traditional leaders equally when addressing land issues to avoid tribalism.

Newly elected executive members said they were concerned about the way government was dealing with land expropriation without compensation.

North West is mostly rural, with the majority of its villages controlled by traditional leaders.

Cosatu provincial chairman Solly Lekhu said at the fifth provincial congress last week that they had resolved that the federation should participate in the forthcoming public hearings on the review of section 25 of the constitution on land.

Lekhu said they were aware that there was a committee travelling around the country to deal with the review of section 25.

President Cyril Ramaphosa has again tried to explain a picture doing the rounds‚ showing him kneeling in front of Zulu King Goodwill Zwelithini.
News
3 years ago

They were "alarmed" at President Cyril Ramaphosa's decision "to meet one traditional leader and give certain assurances without necessarily waiting for this process to unfold".

Lekhu's comments come after Ramaphosa's assurances to King Zwelithini last week that the government would not expropriate land under his Ingonyama Trust.

Lekhu said there were other traditional leaders who needed the same treatment. The constitution was clear that all shall be equal before the law.

Provincial deputy chairman Mxolisi Bomvana said traditional leaders should be treated equally to avoid "a situation like Burundi where tribalism emerges. If government does not tread carefully, it is likely to cause tribal wars," Bomvana said.

Ramaphosa's spokeswoman Khusela Diko said there was no decision of government to expropriate land under traditional authorities.