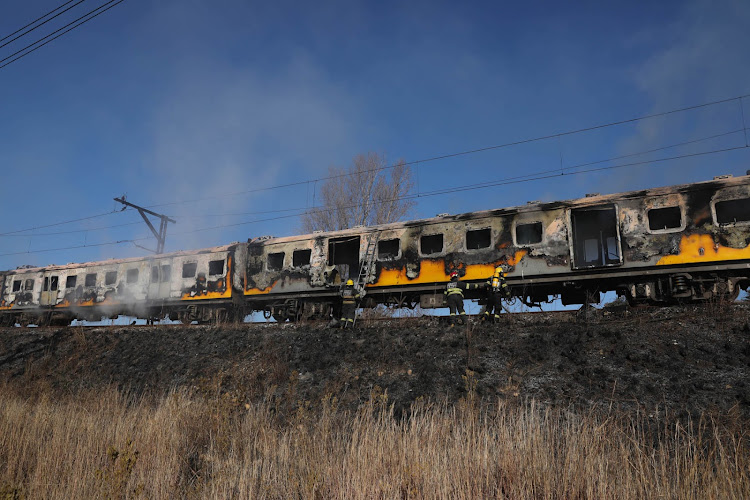 About 50 Joburg train commuters had to escape to safety when a Metrorail train caught fire in Booysens‚ Johannesburg‚ on Saturday afternoon.

No commuters were injured when the train caught fire at around 3pm as emergency services moved in to separate the train into three parts to limit the damage.

Gauteng Metrorail spokesperson Lilian Mofokeng said they suspected arson but that a conclusive investigation had been launched to establish the full facts in the matter.

"I can confirm that at approximately 3.02pm‚ an incident was reported where two plain trailers and a motor car carrying less than 50 commuters were on fire‚" said Mofokeng.

When SowetanLIVE arrived at the scene‚ the fire brigade was still battling to put out the fire‚ with all commuters having been evacuated from the train.