Children victims in 42% of all rape cases recorded 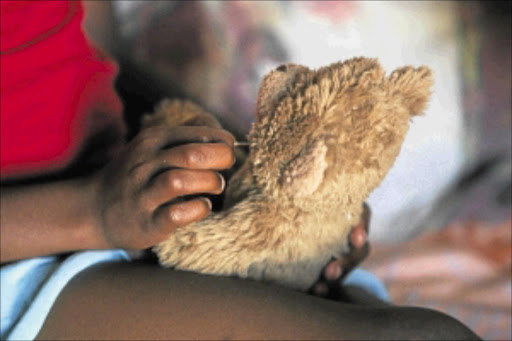 It was found that children in many rape cases tend to be most vulnerable to the acts of strangers or close family members.
Image: Lucky Nxumalo

Children were victims of more than 40% of all rape cases recorded in the past three financial years.

The Democratic Alliance (DA) said a parliamentary reply from the minister of police also revealed that only 21% of child rape cases resulted in successful convictions.

The party also asked how many investigations into these cases led to successful conviction for child murder and child rape.

A reply received last week showed that there were 2 689 child murders during this period and only 948 successful convictions.

The reply also showed there were 50 926 child rape cases during that period and only 10 653 convictions.

The DA also asked what weapons were used for the children’s murders. The police replied that a variety of weapons were used‚ with knives and guns featuring prominently in the commission of the murders.

“These statistics are disturbing at the very least and likely to worsen given the numerous crises within the South African Police Service leadership‚” said Zakhele Mbhele‚ DA shadow minister of police.

Mbhele said it was is clear that without political will‚ the police would to continue to fail in its mandate to ensure the reduction of the country’s unacceptably high levels of crime levels‚ especially against children.