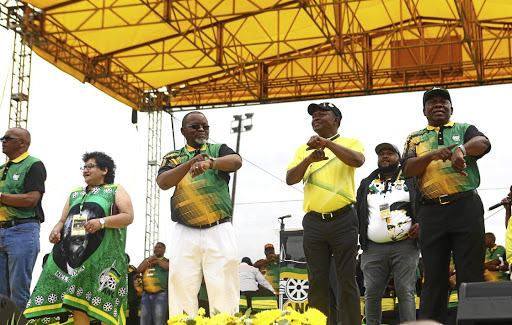 The ANC still owes catering firms R1-million after they supplied food to the party's 106th birthday bash in East London two months ago.

This is not the first nonpayment scandal surrounding the annual birthday. In January, 50 taxi owners staged a sit-in at the ANC's provincial headquarters - Calata House in King William's Town - demanding an R8-million payment for ferrying thousands of supporters to East London. However, the ANC in the province confirmed yesterday that some taxi owners had been paid.

The caterers said yesterday they feared they might be forced to close shop as creditors were knocking relentlessly at their doors for the repayment of debts acquired to ensure ANC supporters ate.

The 25000 food packages each contained a chicken leg, four-slice sandwich, a fruit and a soft drink. The caterers have laid the blame at the door of ANC Dr WB Rubusana regional secretary Ncedo Kumbaca who brokered the deal on behalf of his organisation.

Kumbaca promised to respond to our questions, but had not done so at the time of going to print yesterday.

But provincial secretary Lulama Ngcukaitobi said the party was in talks with national leaders at Luthuli House about the money owed.

"We are following up with national leaders on the matter of the caterers and that of the taxis that provided transport because we take this matter seriously, as nonpayment of small businesses impacts negatively on their growth and potential," said Ngcukaitobi.

The business owners, who spoke on condition of anonymity for fear of victimisation, said it was ironic that while the government was preaching speedy payment to service providers the party was not practising that. ANC national spokesman Pule Mabe could not be reached for comment.