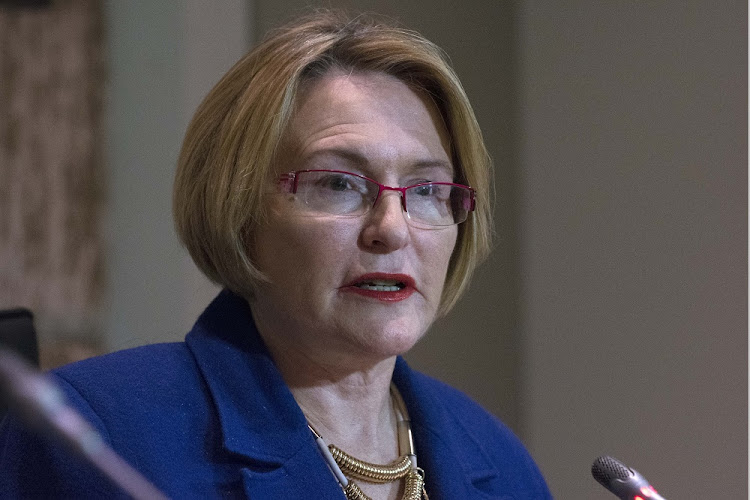 Probe into complaint against Zille now being handled by national office of Public Protector.

Mkhwebane’s office in the Western Cape had been handling the complaint‚ laid by the ANC last year against Zille after she allegedly put pressure on officials of her government to help kickstart her son’s fledgling business.

The Sunday Times at the time reported on copies of emails that showed the provincial government worked on tight deadlines to ensure Zille's son‚ Paul Maree‚ and his business partner‚ Chris Mills‚ had the use of 150 new tablets worth R625‚000 for a school holiday project.

They showed the Western Cape Department of Education treated the project as a “priority” and did “everything they could possibly [do] to expedite” the procurement of tablets by Maree’s deadline.

Their project at the time was to run holiday workshops for matric pupils in three township schools in Cape Town. The two have since registered a business‚ Paper Video‚ on the concept.

At the time‚ Zille dismissed any suggestion of wrongdoing by either her or her officials.

Protesters descended on the official home of Western Cape premier Helen Zille on Monday to collect spring water she offered to share but left with ...
News
4 years ago

This week Public Protector spokesperson Cleopatra Mosala confirmed the probe had been taken over by the national office.

“The matter relating to the premier was lodged in terms of Executive Members Ethics Act and Departmental Supply Management Processes‚ [and was] therefore prioritised for investigation by national office.”

She said her office took over because the period to finalise the investigation was 30 days. The complaint was laid in June 2017. Mosala said the Public Protector was considering Zille’s responses to its questions. But when contacted on Thursday‚ Zille said although there had been various interactions with the office of the Public Protector‚ she was not aware that the probe had been taken over by the national office.

“The reason‚ I suspect‚ is that they know I did nothing wrong‚ but they are desperate to find a reason to say that I did. The process has been seriously flawed‚ which raises further concerns‚ and will be addressed at the appropriate time.”

The complaint was laid by Western Cape provincial legislature member Cameron Dugmore on behalf of the ANC.

He could not be reached for comment on Thursday‚ but he has publicly criticised the Western Cape office of the Public Protector for dragging its feet on complaints against Zille’s office.