Corruption is the new oppression: Maimane 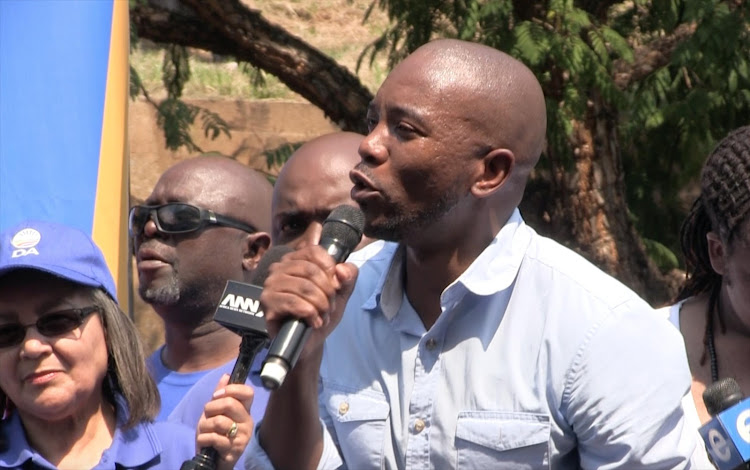 Corruption has become the new oppression in South Africa‚ says Democratic Alliance leader Mmusi Maimane‚ adding that this corrupt system is being kept alive by criminals and the dishonest being shielded from the law.

He said over 30 million South Africans now lived below what was known as the upper poverty line. One in seven South Africans faced extreme food poverty‚ while the country’s expanded unemployment rate now sat above 36%.

“And the reason the situation is getting worse is because our economy is paralysed. We have no growth. We’re dipping in and out of recession‚ we have been downgraded to junk status and our national debt is growing.”

Maimane said South Africans must forget about the ANC’s December conference‚ adding that nothing that happened there would make any difference to the predicament the country found itself in.

“How can an organisation focused on the past be trusted to build a new future?” he questioned.

“We must focus on building our economy. If Eskom defaults on its spiralling debt and the captured Malusi Gigaba is forced to bail them out‚ it will certainly mean a further downgrade.

“Minister Gigaba’s budget last month confirmed what most of us knew: Our situation is dire‚ and our government has no plan to get us out of it.

“And while we all feel the pinch‚ it is the most vulnerable in our society who are hit the hardest. Life for poor‚ black South Africans is getting tougher by the day‚” the DA leader said.

He said the face of poverty in South Africa was still largely black.

“Today they remain poor because a corrupt system‚ designed to look after the elite at the expense of the poor‚ keeps them in poverty. Corruption is the new oppression‚” Maimane said.

He added: “This system pockets enormous amounts of tax money that was meant to be spent on the people.

“This system cannot produce jobs because all investment is killed off where corruption is allowed to flourish.

“This system is kept alive by shielding the dishonest and the criminals from the law. Poor people are left feeling powerless while the fat cats get away with it.

“South Africa needs a new beginning that will remove this corrupt system completely.”

DA members are marching to Mnquma municipality offices in Butterworth, Eastern Cape to hand over a petition on alleged corruption.
News
4 years ago

Catholic Bishops call for an anti-corruption court in SA

The Southern African Catholic Bishops’ Conference (SACBC) has called for the establishment of an anti-corruption court in South Africa.The SACBC’s ...
News
4 years ago

There are tales Schabir Shaik can tell

What could former “financial advisor” Schabir Shaik reveal about his relationship with Jacob Zuma if he turned state witness in a corruption trial ...
News
4 years ago
Next Article