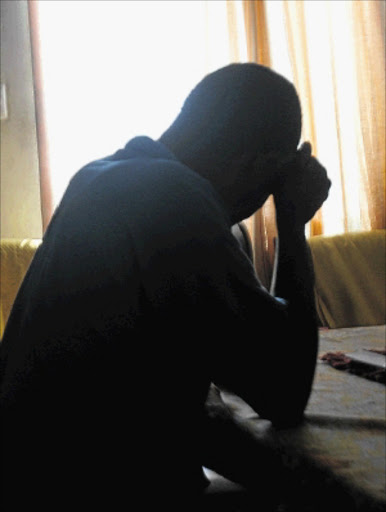 DEVASTATED: The father of the mentally challenged woman who was raped in Snake Park, Soweto PHOTO: Veli Nhlapo

A MENTALLY challenged woman was allegedly raped by a man in her neighbourhood in Snake Park, Soweto, on Saturday.

The 28-year-old woman's father said he came to know about the alleged rape when he arrived home to find his daughter being consoled by her friends.

"They told me they found her walking in the street crying," the father said.

They told him that she said she was walking down the road when a man called her and said he wanted to buy her a kota [bunny chow].

"I went with them to the house where this man lives but he wasn't there. His neighbours said he was out."

A neighbour living opposite the house said she saw the woman coming from the house looking dishevelled and pulling up her pants.

In her statement, the victim said the man accosted her while walking down the street and lured her to his house.

"When they got to his house, he said she should take off her shoes and pants. He then said they should sleep together."

By the time they finished at the police station, it was close to midnight and they were transported to a hospital in Florida for a medical check-up, but it was closed.

They returned to the hospital on Sunday morning but it was still closed, so they were taken to Chris Hani Baragwanath Academic Hospital.

"When the doctor tried to check her, she refused to be touched anywhere near her genitals. So we were transferred to a female doctor."

But she also refused to be inspected by the doctor.

"They then decided to admit her so they could take her to theatre to check her," the father explained.

Police spokesman Kay Makhubela yesterday confirmed that a 26-year-old man was arrested. "He will appear in the Protea Magistrate's Court tomorrow [today]."