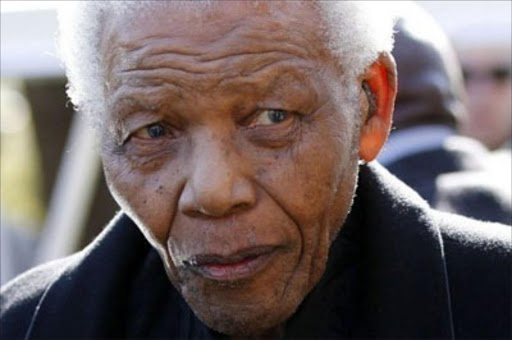 Nelson Mandela's daughters are suing him for the rights to his artworks and control of his millions.

According to the newspaper, Zenani and Makaziwe Mandela intend fighting an April 2004 Johannesburg High Court order which gave Mandela the right to instruct Ismail Ayob, his then lawyer, to stop managing his financial, personal and legal affairs.

The court order barred Ayob from selling any of Mandela's artworks.

The Star reported that Mandela's current lawyer, Bally Chuene, filed an affidavit last week in response to a lawsuit brought by the sisters, who are represented by Ayob.

Last month the sisters filed papers asking for Chuene, George Bizos SC and Human Settlements Minister Tokyo Sexwale to remove themselves as directors and trustees of the Mandela Trust and as directors of Harmonieux and Magnifique (Pty) Ltd with immediate effect.

In his replying affidavit, Chuene reportedly said he, Bizos and Sexwale had, in 2011, refused to release the trust's money to the daughters without a legal justification.

The Star reported that Chuene was adamant Ayob was behind the women's court action.