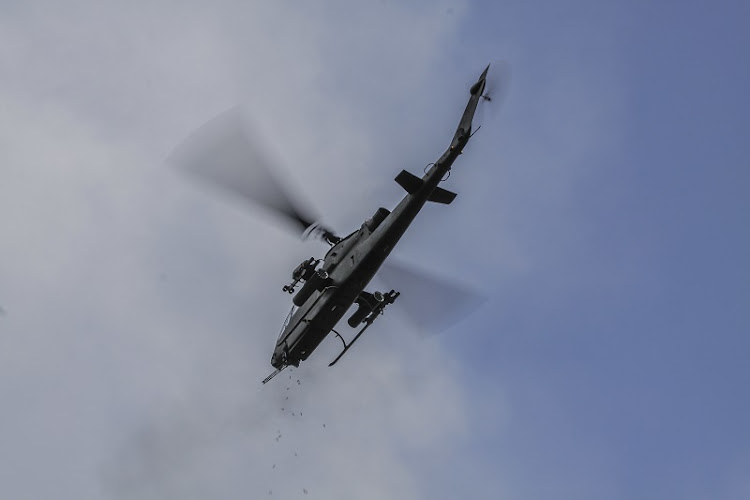 A U.S. air strike killed three fighters from the Islamic State in the Somalia's semi-autonomous Puntland region on Friday, a U.S. military official said, two weeks after the group's deputy leader was killed in a strike.

The U.S. military has sharply stepped up its campaign of air strikes in Somalia since President Donald Trump took office, saying it has killed more than 800 militants in two years.

AFRICOM also claimed responsibility for the killing of IS deputy Abdulhakim Dhuqub on April 14.

Somalia's al Shabaab stormed a government building on Saturday, detonating a suicide car bomb in the heart of the capital Mogadishu with at least ...
News
3 years ago

Somalia has been riven by civil war and Islamist militancy since 1991 when clan warlords overthrew a dictator before turning on each other.

"We heard the crash of four missiles on the outskirts of Timirshe village," resident Ahmed Nur told Reuters by telephone.

He said the wells were used by militants from both IS and their more powerful Islamist rivals al Shabaab, an al Qaeda affiliate who have been fighting Somalia's U.N.-backed government for years.

Al Shabaab was pushed out of the capital Mogadishu in 2011, but retains a strong presence in parts of southern and central Somalia.

It has frequently clashed with the much smaller IS force in the north who are thought to number fewer than 200 fighters.

"There are casualties and we are investigating. In recent battles al Shabaab captured three bases from IS," he told Reuters by telephone, requesting anonymity.