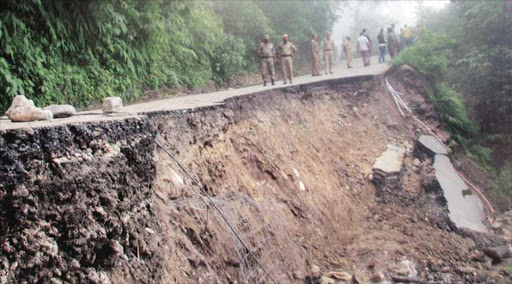 Emergency workers in the Ethiopian capital Addis Ababa searched through a mountain of garbage for the fifth consecutive day on Thursday as the death toll from a landslide at a rubbish landfill site rose to 115.

The Horn of Africa country has declared three days of national mourning for the victims of the disaster that occurred at the 50-year-old Reppi dump on Saturday evening.

Two bodies were uncovered on Thursday morning, rescue workers and residents taking part in the search said, a day after a government spokesperson raised the toll to 113, 75 of whom were women.

"As the number of missing people is still high, we expect to pull more bodies out today and in the coming days," an emergency worker told Reuters.

Residents of the area say at least 80 people remain unaccounted for. Dozens of victims have so far been buried at the Abune Aregawi Church nearby since Tuesday.

Hundreds of people live near the dump, the city's only landfill site. Some of the victims scavenged for food and items that could be sold, such as recyclable metal.

The landslide destroyed dozens of homes. Officials in the capital say they plan to resettle most of the tenants and build a waste-to-energy plant.

Ethiopia is one of Africa's fastest growing economies, but the drive to industrialise has also stoked discontent among those who feel left behind.