46 young South Africans to make a change with YALI 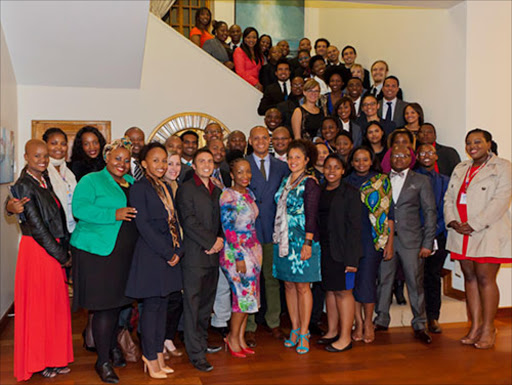 46 young South Africans have landed in the United States on Saturday, 14 June 2014, to participate in the first ever Young African Leadership Initiative (YALI) Washington Fellowship

The Washington Fellowship programme, will host almost 500 young African leaders for a six week program at one of 20 prestigious U.S. universities followed by a conference in Washington, DC hosted by President Obama.

President Obama announced the Washington Fellowship at a Town Hall with young African leaders on June 29 in Soweto last year, explaining, “I launched this effort because I believe that the future of Africa will be defined by extraordinary young people like you, and the United States wants to be your partner. At our town halls at the White House and in Soweto, and in my meetings with young people across Africa, you’ve shown me that you have the talent, the drive, and the determination to become the next generation of African leaders.”

The South African recipients were selected from almost 4,000 applicants and represent an extraordinary, diverse group of leaders already making important contributions in entrepreneurship, public administration, and community service in their communities.