Lawyer concerned that Zuma not given questions by inquiry before appearance 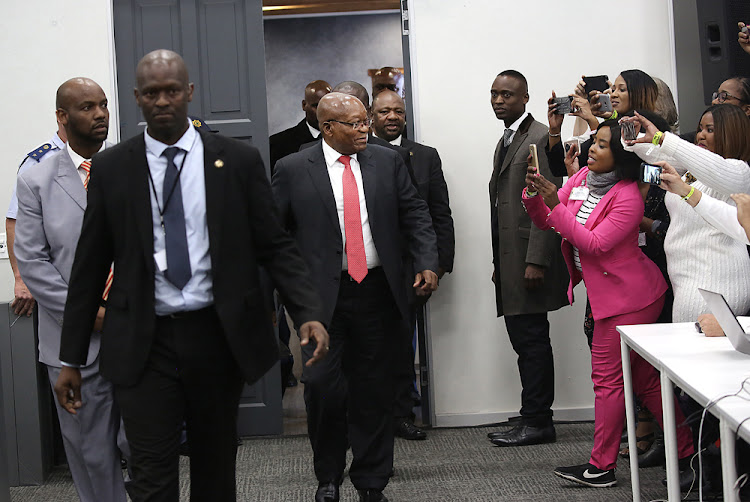 Former president Jacob Zuma's lawyer has complained about the nature of the letters sent out by the Zondo commission ahead of his testimony on Monday.

Zuma’s lawyer advocate Muzi Sikhakhane SC also complained that Zuma was not given questions ahead of his appearance for him to prepare.

Sikhakhane said this had serious implications as the people who would be implicated would not have been given a chance to be notified about Zuma's evidence.

Sikhakhane said the letters written by the commission to his client did not give him proper answers.

He said that when he asked the commission what terms of reference was Zuma appearing on, the legal team did not provide him with any answer.

“He tells us this is done in terms [of] no rules. It is a courtesy…There is truly a disturbing attitude that one finds in the letter. It is an attitude that one does not expect in a legal process like this…He is not my guest today. He is yours. I have brought him here today with reservations to the harm it might cause,” Sikhakhane said.

Zondo accepted that the letters sent to Zuma’s lawyers were authorised by him but said the proceedings at the commission would be conducted in all fairness.

“It is anticipated that this will not be the last appearance of the former president before the commission…Although we have set aside five days for the president, it is possible that we might not use the five days,” Zondo said.