'I'm alleged to be the king of corrupt people' - Zuma 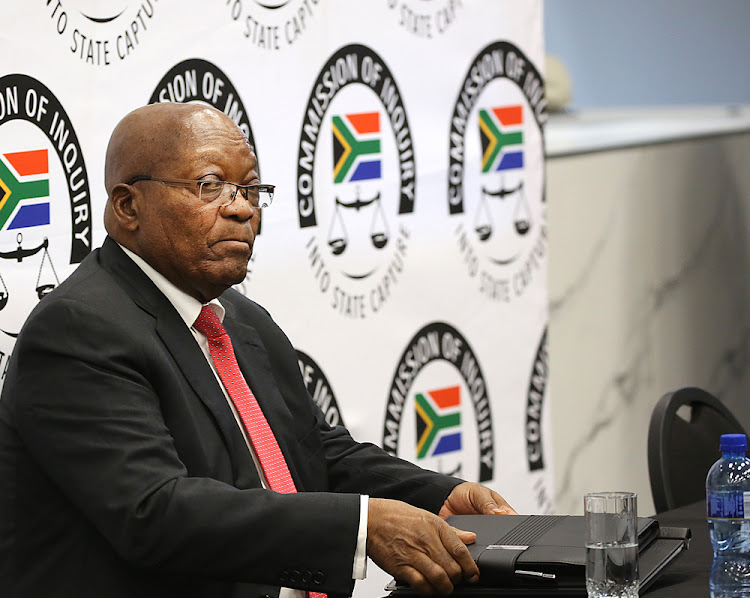 “I have been vilified, alleged to be the king of corrupt people” were former president Jacob Zuma’s first words at the state capture commission of inquiry where he is appearing on Monday.

Zuma is appearing before commission chairperson deputy chief justice Raymond Zondo following various allegations by people who were in his cabinet while he was president.

Maseko said that Zuma had called and asked him to assist the Gupta family when they launched their newspaper The New Age.

Zuma said that he never responded to these allegations as he believed there was no proof to back them up.

“I have been a subject of talk in this country for more than a decade. I’ve been vilified, alleged to be the king of corrupt people. I’m the most corrupt. I’ve been given every other name and I never responded to those issues. Firstly, because I believe it is important that we all respect one another, that we must say things we know about other people, not just tell things that we cannot prove,” said Zuma.

He is expected to be on the stand until Friday to give his side of the story and respond to the allegations against him.