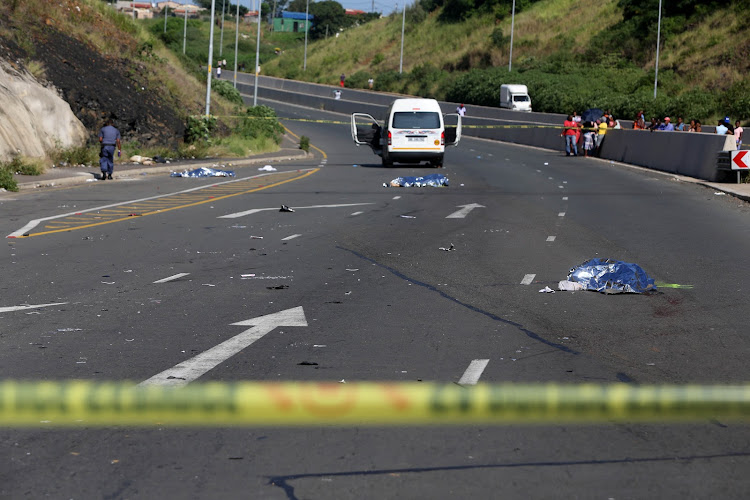 The taxi ploughed into four schoolgirls, dragging them until it came to a stop in Newlands East, Durban.
Image: Thuli Dlamini

A 33-year-old taxi driver, who fled the scene of a deadly crash on Wednesday, was arrested at the KwaMashu police station in Durban.

The man was the driver of a minibus taxi that ploughed into four schoolgirls in Newlands East on Wednesday morning.

"A 33-year-old driver has been arrested for three counts of culpable homicide at KwaMashu police station. He will appear soon in the Ntuzuma magistrate's court," said Lt-Col Thulani Zwane.

The four girls were on their way to Newlands East Secondary School when the taxi driver allegedly shot a red robot and ploughed into them. The vehicle dragged the girls for several metres before it came to a stop. The driver then fled.

Three of the girls died on the scene, while the fourth girl was rushed to hospital. She is in a critical condition.

'I heard a taxi hit her and the driver ran away': Dad of teen killed in Durban crash

"I didn’t even know what she wanted to be when she grew up because she was still small to me. But now she will never grow up."
News
2 years ago
Next Article