Buthelezi will not stand for re-election as IFP president 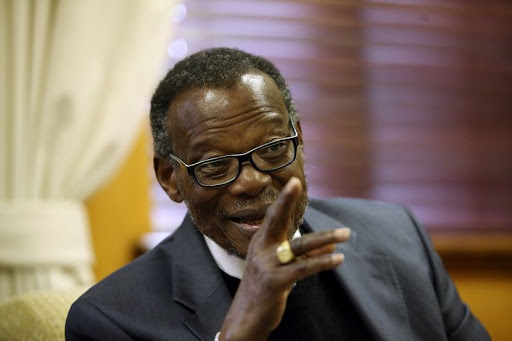 Ageing IFP leader Mangosuthu Buthelezi has finally thrown in the towel after being at the helm of his party for more than four decades.

Buthelezi dropped a bombshell at a media briefing in Durban on Sunday when he announced that he would not stand for re-election as IFP president during the party’s upcoming national general elective conference.

The IFP leader‚ who has been at the helm of the party since founding it in 1975‚ said the party’s extended national council had agreed to nominate Velenkosini Hlabisa‚ the mayor of Hlabisa in northern KwaZulu-Natal‚ to stand for the leadership.

Buthelezi has described Hlabisa as a leader of integrity who has served the IFP with distinction and who has the support from the party’s structures. He said the proposal that Hlabisa stand for leadership has emanated from across the party.

“We therefore support him. The Extended National Council opened the floor to all our leaders to indicate whether they wish to stand for nomination. We did not receive any indication from among our leaders. Thus Mr Hlabisa presently stands as our only nominee‚” said Buthelezi.

However‚ he said this does not prevent anyone from throwing their name in the ring during the conference.

“Our Constitution allows that names be received from the floor even on the day of election. However‚ we are pleased to know the wishes of our structures in advance and we fully support their nomination of Mr Hlabisa.”

Buthelezi said that should Hlabisa be elected to lead the IFP‚ he has made himself available to work alongside him “in whatever way our members see fit‚ for as long as my health allows”.

“While I will no longer be at the helm‚ and would submit in all things to the leadership of the party‚ I am prepared to assist the IFP in as far as possible to ensure that it can play the role it needs to play in South Africa‚” said Buthelezi.

The 89-year-old veteran politician resigned as IFP leader in 2004 but was urged twice by the party’s national council to stay on as leader.

He has previously refused to speculate on when he would retire and often retorted angrily to the question but had reiterated his position that he would not quit as long as the IFP’s national council wanted him to stay.

“It’s known that it was merely at the request of my party and not that I wanted to lead‚ because I’m a loyal cadre of my party‚” he has said before.

Hlabisa’s nomination to stand for the IFP leadership has come as a huge blow to party deputy leader Inkosi Mzamo Buthelezi’s ambition to succeed Buthelezi.

When the IFP leader told delegates at his party’s elective conference in Ulundi in 2013 that he might not see out his full term as president‚ many believed that Mzamo Buthelezi was in line to succeed him after he was unanimously elected as his second-in-command.

At the time‚ Buthelezi sang his praises‚ saying he was looking forward to working with someone from his clan. It was the first time since the founding of the IFP that it had amended its constitution to create the position of deputy president — which fell into the hands of another Buthelezi.

But speculation has been rife that Mzamo is no longer the heir apparent and that he has fallen out of favour with his boss.

Last week he was removed as mayor of the Zululand district municipality and redeployed to the party’s parliamentary caucus in Cape Town in what Buthelezi described as a strengthening of the party at national level.

Buthelezi was reportedly unhappy with the way his deputy ran the district municipality.

In an apparent swipe at Mzamo‚ Buthelezi told the party’s electoral victory celebration in Hlabisa in January that it was “a tragedy that the Zululand district municipality is in our hands only in name. The disloyalty of our members has resulted in the Zululand district being in the hands of our enemies.”

He added that the party would never allow “money or positions to divide us‚ as has happened in the Zululand district municipality.”

However‚ it remains to be seen whether the IFP can survive without Buthelezi.

The party stunned political pundits when it made a stunning comeback in last year’s local government elections‚ winning back outright majorities in several KwaZulu-Natal municipalities.

The results did not only change the political landscape in the province but they also renewed the party’s hope of making further inroads in the 2019 general elections.