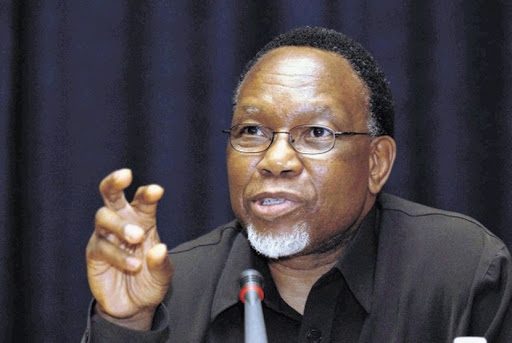 Former ANC deputy president Kgalema Motlanthe's branch wants him to return to the party's national executive committee so that he "can share his wisdom and skills with the new ANC leadership".

Last Thursday, the John Nkadimeng branch in Houghton, Johannesburg, met for a branch general meeting where they decided on their nominations for the national leadership to be elected in December. Branch chairperson, who was elected at the same meeting, Stanley Letsoalo, confirmed that the branch nominated deputy president Cyril Ramaphosa as ANC president and Lindiwe Sisulu to be his deputy.

"The branch members also nominated Comrade Kgalema to serve in the NEC of the ANC," Letsoalo said. He said Motlanthe did not decline nomination and as a principled leader of the ANC would respect the wishes of ANC branches.

"We said as much as we are preaching unity, it is important for someone like Motlanthe, who can give us wisdom and who can share with incoming national executive committee members his experience because it will make or break the ANC," Letsoalo said.

The former president previously asked ANC members not to nominate him for a leadership position saying: "I think it's a bad idea to recycle leaders."

But Letsoalo said Motlanthe was bound by what the branch decided.

Members of the branch said Motlanthe participated in the meeting from the beginning like any ordinary member.

"He had to sign in his credentials and sat with the other members, not on the podium with the leadership. He didn't address or say anything," said a member.

The meeting saw nominations for both ANC presidential front-runners Ramaphosa and ANC MP Nkosazana Dlamini-Zuma. While the majority of members favoured Ramaphosa, an ANC Youth League member nominated Dlamini-Zuma "in line with the league's national position". Members of the branch said a vote by show of hand was decided on for the two candidates.

Clad in a checked shirt and black jacket with the ANC logo on the front, Motlanthe raised his hand in support of Ramaphosa.

Other members of this ANC branch include former Reserve Bank governor and ANC NEC member Tito Mboweni who left the meeting early.

Former president Thabo Mbeki is a member of the branch but did not attend the meeting.