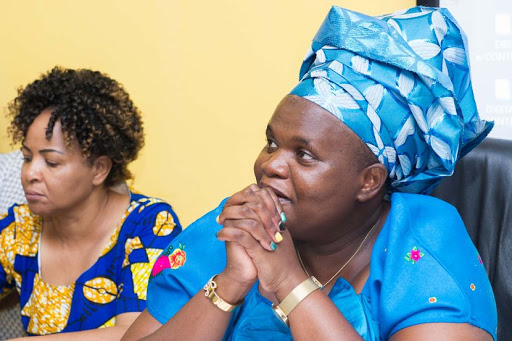 Public service and administration minister Faith Muthambi has served the top leadership of her department‚ including its Director-General and Chief Financial Officer with notices of suspension.

Reliable sources at the DPSA have told TimeLIVE Muthambi on Wednesday afternoon served DG Mashwahle Diphofa‚ CFO Masilo Makhura and deputy DG responsible for administration Linda Shange with notices to suspend them with effect from this Friday.

Sources say Muthambi‚ in her notices to suspend‚ has given the trio until Friday to furnish her with reasons why they should not be suspended.

It’s understood Muthambi has decided to suspend three of the most senior managers of her department because they do not agree with the direction she wants the department to take and their tough stance on fiscal control at an institution that’s supposed to be exemplary to other government department on administrative matters.

Muthambi is also said to be unhappy with Diphofa and Makhura refusing to make available funds for her Izimbizo programmes or public roadshows.

The Sunday Times reported in June that Muthambi had stripped Diphofa of his powers to run the department after he and Makhura closed the tap on her Izimbizos.

Asked to confirm or deny the matter‚ Muthambi’s spokesman Pfarelo Maguduma‚ declined to do so‚ saying it was not their policy to comment on employer/employee relations.

“I hereby confirm that it is the policy of the Department not to discuss any issues relating to the matters pertaining to the employment of any employee of the Department‚ irrespective of their seniority‚ with the outside persons‚ the media included. In so far as your allegations set out in your query are concerned‚ I would advise that you follow up with your sources‚ if any.

“The issues you are querying about are of an employer and employee nature and as such I’m not in a position to discuss same with you‚” he said.

Those close to Diphofa said he was prepared to permanently leave the department rather than be bullied into signing off unlawful matters.