IEC in massive drive for a fair voters' roll 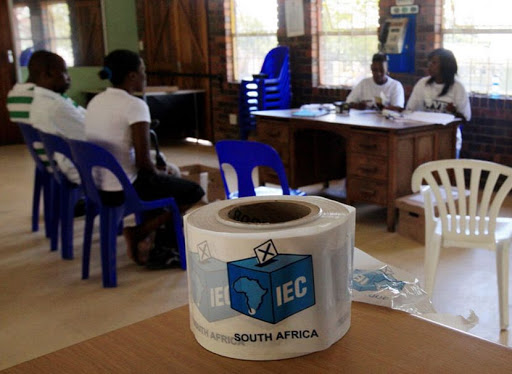 The Independent Electoral Commission has launched a massive online campaign to confirm and collect addresses of 26-million voters for a credible voters’ roll in time for the 2019 national elections.

This after the bruising Constitutional Court judgment in June last year that the IEC had failed to collect and maintain addresses for a credible voters’ roll.

In 2016‚ the Electoral Court ordered the IEC to postpone by-elections in Tlokwe‚ North West‚ after opposition parties successfully argued that the commission was compelled to provide addresses for everyone on the voters’ roll.

The opposition parties approached the court following allegations that the ANC had manipulated the roll‚ with some voters voting where they were not registered to vote.

On June 16 2016‚ the court ordered the IEC to collect the addresses of everyone on the voters’ roll after December 2013 and that the IEC provide progress reports every six months.

“Much progress has been made but we remain highly conscious that a huge undertaking remains in order to meet requirements of the law within the timeframe provided by the Constitutional Court‚” he said.

Mamabulo added that Treasury had committed R180-million in the next financial year to assist with the massive address harvesting campaign.

IEC vice-chairman‚ Terry Tselane‚ however said simply obtaining a physical address was only half the challenge.

“Sometimes there is very little to distinguish between two voting districts which may be a matter of metres apart. One of the ways to resolve the challenge of the high degree of accuracy required is to propose amendments to the electoral legislation which will require the registration of a voter in the relevant ward rather than the relevant voting district. This will significantly reduce the pin-point accuracy required without any impact on the election outcome‚” Tselane said.