Country’s top cop to be hauled before parliamentary portfolio committee 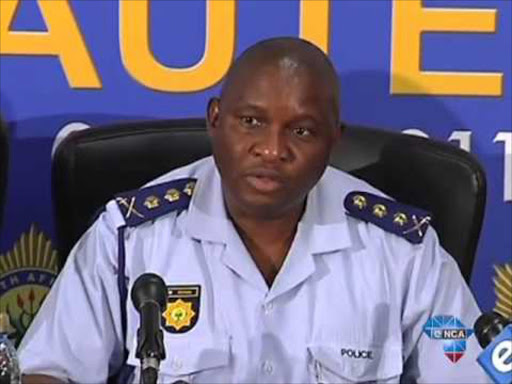 Parliament’s portfolio committee on police has summoned acting national police commissioner Lesetja Mothiba to a meeting on Friday to respond to a myriad of challenges faced by police in KwaZulu-Natal.

Committee chairman Francois Beukman told the media during their visit to Umlazi on Thursday that they had flagged a number of issues during their week-long inspection of police stations which needed to be addressed by Phahlane.

These include unavailability of police vehicles‚ a lack of resources and other police management issues. The notorious Glebelands Hostel where more than 90 people have been killed — without a single person being arrested in connection with the deaths — will also come under the spotlight.

Beukman said they will also discuss issues which have been raised against the Independent Police Investigative Directorate (IPID) in KwaZulu-Natal.

“We had serious concerns raised about the head of IPID in the province. So those are matters we will take up tomorrow. There is a whole range of issues. What is of concern to us is the availability of resources to rural stations and also the management of clusters that should ensure that stations are properly resourced and there are proper interventions‚” he said.

“We picked up a lot of issues which normally should have been dealt with. Our view is that the portfolio committee must not be the first to find those. Our concern is that most of policing is not happening. It’s unacceptable. We can’t have that‚” Beukman said.

On Friday‚ acting Hawks head Lieutenant-General Yolisa Matakate will brief the committee on the report about the break-in at the Hawks’ offices in Pretoria at the beginning of last month.