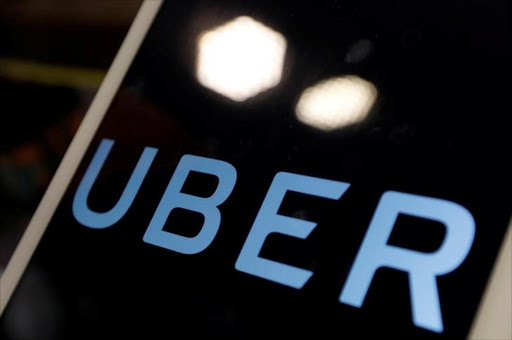 In determining that Uber drivers are not contractors but employees of Uber SA‚ the Commission for Conciliation‚ Mediation and Arbitration’s (CCMA’s) starting point was the Labour Relations Act.

The CCMA made a ruling on the status of eight Uber drivers earlier this month after the company raised a preliminary point that the CCMA had no jurisdiction to hear unfair dismissal disputes referred to the commission by the drivers.

The drivers had been “deactivated” by Uber‚ meaning they could not work for Uber.

Uber is a technology company which operates a transportation system whereby Uber drivers use their own cars.

There has been a debate in countries where Uber operates on whether the drivers are employees or are contractors.

The starting point for commissioner Winnie Everett’s analysis was Section 213 of the LRA.

The section defines an employee as any person‚ excluding an independent contractor‚ who works for another person and who receives any remuneration.

The section also states that an employee is also a person who‚ in any manner‚ assists in carrying on or conducting the business of an employer.

Everett said it was fairly obvious that the drivers assisted in the business of Uber. She also said Uber drivers received a fee.

“It is the line between independent contractors and employees that our courts have grappled with.”

Everett also relied on the “Code of Good Practice: Who is an Employee?” The code was issued by the National Economic Development and Labour Council (Nedlac).

It sets out guidelines for determining whether persons are employees.

Everett said the code introduced a “reality of the relationship test”‚ which requires that people deciding whether someone was an employee or an independent contractor must consider the real relationship between the parties.

In her analysis‚ Everett found that Uber drivers rendered personal services and that drivers were subject to the control of Uber.

She said while drivers choose their hours and may accept‚ decline or ignore a lift request‚ Uber controlled the manner in which they work by setting clear standards and performance requirements.

“Uber has control in that it may suspend and deactivate access to the app‚ thereby depriving the driver of an opportunity to work and earn an income.

“Even though there is no direct or physical supervision‚ control is exercised through technology‚ to the point that even the movement of the cell phone can be detected‚ indicating reckless driving.”

She said these factors indicate the driver is by no means independent or running their own transportation business.

“The driver is very much at the mercy of Uber‚ and economically dependent on the ability to drive for Uber‚ an infinitely more powerful juristic person than the individual drivers.”

Uber has indicated it would challenge this ruling and said there was a long legal challenge ahead before this ruling could be considered a win‚ or a loss for any side on this issue.

The National Union of Public Servants and Allied Workers (Nupsaw)‚ which represented three of the drivers‚ said it regarded them as employees and not as contractors.

“We have been monitoring developments internationally against Uber as an entity which purports to supply a software application in the passenger transport sector and absolve itself as an employer‚” Nupsaw Western Cape coordinator Omar Parker said.

Parker said it was attractive for employers to claim to use independent contractors in order to circumvent the laws designed to protect employees‚ such as the Basic Conditions of Employment Act.

He said the union had impressed upon the CCMA to set the dismissal matters for arbitration as there was currently no review challenge by Uber.