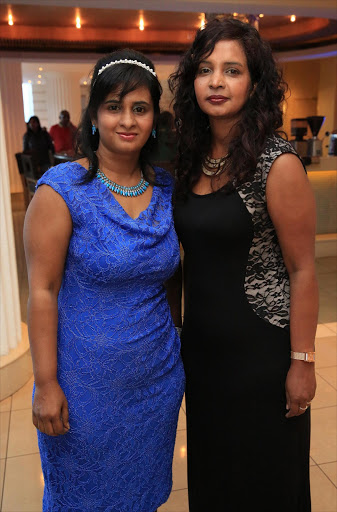 Former Durban woman and chief of operations at the Department of Trade and Industry Anneline Chetty is hoping her efforts in grooming entrepreneurs will be her ticket to victory.

Chetty‚ 46‚ of Centurion‚ is a finalist in the Mrs Commonwealth SA — the main aim of which is to empower women with the knowledge to inspire and motivate other women and to bring about sustainable change in the country. The event takes place in Johannesburg in October.

On Saturday‚ she received a meritorious award in recognition of her contribution‚ service and leadership to the business fraternity‚ at the staging of the annual Miss India South Africa KwaZulu-Natal pageant in Durban.

It is in recognition of her leadership towards the development of the country’s economy and creating an environment for fostering entrepreneurship‚ championing the cause of the disadvantaged and the promotion of gender rights.

The mother of twin teenage boys said: “I have not participated in any pageants before. I was nominated to enter the Mrs Commonwealth pageant and I accepted the nomination since it is a pageant that focuses on the empowerment of women as well as brings wealth to the community. I have undertaken two charity projects — one is the St Georges Children’s home. I am also partnering on a number of events to raise funds for the Pink Drive which is a charity that the pageant supports‚” said Chetty.

Chetty said she was excited about receiving the award in recognition for her contribution towards the empowerment of women and youth.

“I plan on using the Mrs Commonwealth platform to continue to empower women and youth economically and to become a voice to the voiceless which is about empowering young girls specifically in homes and residential facilities‚” said Chetty.

“I have introduced a Strategic Partnerships project and an Enterprise Development project which not only created a platform for engaging with the private sector but also brought in millions of rand towards developing entrepreneurs‚ increasing the pool of resources available thereby ensuring the sustainability of the organisation. I need to build my knowledge on industrial policies exploring how this can be introduced to South Africa thereby increasing world class industrialisation as well as new policy levers that are used elsewhere to improve the economy of the country‚” said Chetty.

“I have also provided strategic direction to Durban tourism on how to convert International visits and trade shows into actual strategies for implementation for the purposes of improving operations‚” she said.