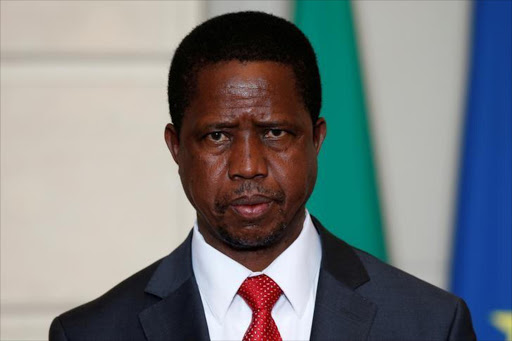 The Zambian opposition leader charged with treason and the adjournment of his case is “persecution through prosecution”‚ according to Amnesty International.

Hakainde Hichilema‚ leader of the United Party for National Development‚ was arrested on April 11 after his motorcade allegedly failed to give way to a Presidential convoy in Mongu district.

Hichilema and five others claim they were beaten‚ teargassed and pepper sprayed on their genitals by the police.

Their arrest and detention “is part of a cynical ploy to silence all political opposition in Zambia”‚ said Amnesty International in a statement on Friday.

“Hakainde Hichilema and his five employees are currently undergoing persecution through prosecution and the charge against them must be dropped.”

Hichilema has been in police custody for more than a month and is only out when he makes his way to and from the courts.

Critics say the courts are being used to keep Hichilema away from politics‚ which in turn raises concerns about democracy in Zambia.

Behind the motorcade treason trial is a legal row over how many times President Edgar Lungu can stand for office‚ the BBC reported one MP of saying.

“He knows he might be challenged in the 2021 election so he is consolidating his position now‚” said the MP‚ who too afraid to be named.

Democratic Alliance leader Mmusi Maimane was deported from Zambia on Thursday‚ where he had gone to his support for Hichilema and attend his on Friday.

Maimane travelled on his private passport.