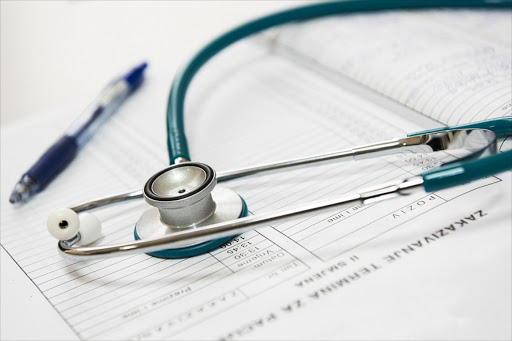 There is a spike in measles cases in Gauteng — including ten cases all connected to a family with children who were not vaccinated due to their religion.

This increase in cases has led the department of health in Gauteng to embark on a mass vaccination campaign at schools and crèches to prevent an outbreak of the highly infectious disease.

Measles is one the of most infectious diseases in the world and can be deadly or cause brain swelling‚ brain damage‚ pneumonia and blindness.

The disease‚ which causes a rash and flu-like symptoms‚ is spread when a person coughs or sneezes and the virus can live on surfaces for few hours.

An emergency campaign will ensure all children in schools and crèches are given the measles injection regardless of whether they were vaccinated as infants or not.

The Gauteng campaign will vaccinate all children at schools‚ aged from six months to 15 years old‚ until May 26.

National Institute of Communicable Diseases spokesperson Professor Lucille Blumberg said “there had been more measles cases in the Western Cape and Gauteng than normal“.

“The Gauteng department of health is being proactive with their vaccination campaign and they are trying to prevent further cases and prevent a full blown outbreak‚” she said.

“There has been a cluster of 15 cases in Gauteng‚ which is higher than usual numbers for measles. Ten of these cases were linked to one unvaccinated family‚ who were unvaccinated for religious reasons. Most of the cases were in City of Johannesburg. There has been one case in Ekurhuleni and one in Tshwane‚” said Dr Melinda Suchard‚ head of the Centre for Vaccines and Immunology at the National Institute for Communicable Diseases.

“In response‚ the Gauteng Department of Health has already conducted vaccination campaigns at the school the affected children attended.

“Due to the high priority given to measles‚ a wider vaccination campaign is now being conducted in whole province.”

Suchard explained: “There has recently been a measles outbreak in the Western Cape which comprised 35 cases from January to March 2017. The outbreak was stopped by a vaccination campaign in that province.

“Measles is targeted for elimination‚ meaning we are hoping to stop the spread of the disease within South Africa by 2020.”

The measles vaccine in the state system are provided for free and are usually given to children who are six months old and then again at 12 months.

But some mothers forget to get the vaccine for their child when they turn one or they don’t have money for transport to the clinic. There are also anti-vaxxers who don’t vaccinate‚ explained Blumberg.

This results in some children not being protected from measles — a concern as the disease can spread quickly.

The World Health Organisation says that “Measles is one of the leading causes of death among young children even though a safe and cost-effective vaccine is available“.

It says that globally during 2000-2015‚ measles vaccination prevented an estimated 20.3 million deaths — “making measles vaccine one of the best buys in public health.”