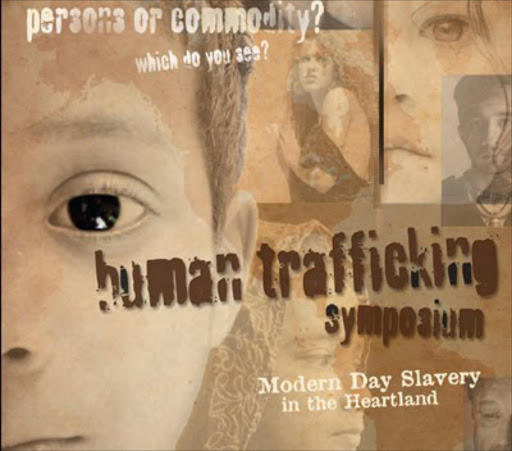 Tougher anti-immigration policies in the United States under President Donald Trump make fighting human trafficking impossible, a top expert warned on Tuesday, describing the lack of political will to help victims as a "dirty little secret".

Fear of being deported stops people in the United States from speaking up about their own or other trafficking cases, said Denise Brennan, professor and chair of the Department of Anthropology at Georgetown University in Washington D.C..

"The biggest deterrent for people blowing the whistle on either their own situation of abuse or maybe co-workers is the fear of people getting deported," Brennan, author of "Life Interrupted: Trafficking into Forced Labor in the United States," told the Thomson Reuters Foundation.

"We just simply cannot have policies of deportation or a deportation regime and fight trafficking at the same time. One policy undoes the other."

During his 2016 presidential campaign Trump vowed to fight illegal immigration and build a wall on the U.S.-Mexico border.

Since becoming president, he has issued a temporary visa ban against seven Muslim-majority countries that was later blocked by federal courts, suspended a refugee program and initiated tougher deportation procedures.

"The criminalization of immigration makes it impossible to actually fight trafficking," said Brennan, a speaker on Tuesday at Trust Conference/America Forum, a one-day Thomson Reuters Foundation event on the fight against slavery and trafficking.

"You cannot work on the exploitation of migrants while we are criminalizing migrants."

Up to 12 million people are estimated to be living illegally without documents in the United States.

While there are no official law enforement statistics, in the United States nearly 32,000 cases of human trafficking have been reported to the National Human Trafficking Hotline in the last decade.

Globally, nearly 21 million people are victims of forced labor, made to work for free after falling into debt or forced to work due to deception, coercion or threat of violence, according to the International Labour Organization (ILO).

Brennan said there is little genuine political effort made to find and aid labor trafficking victims.

"The dirty little secret about trafficking in this environment of 2.5 million deportations under President Obama and now President Trump's obvious anti-migrant stance is there has not been a political will to really find people," she said.

Under a law passed in 2000, 5,000 visas are available each year to trafficking victims, Brennan said.

"I just don't think we've been looking for trafficked people," said Brennan, who is currently writing a book, "Life without Papers," about how undocumented people navigate threats of detention and deportation. She said the fear of deportation extended further than those without legal papers.

Last week Trump ordered a review of a U.S. visa program for bringing high-skilled foreign workers into the country with a view to potentially modifying the system.

"Under President Trump, we have so many people who have various forms of temporary protective status," she said. "If we start deporting people with green cards, we're looking at millions of people who don't have full U.S. citizenship."

Human trafficking can mean captive labor on the seas to domestic workers trapped in private homes and children and women forced to suffer sexual violence.

Here are 10 facts about human trafficking around the world:

1. Trafficking is considered the exploitation of men, women and children forced to work against their will through the use of violence, deception or coercion.

2. People can be trafficked for many different forms of exploitation such as prostitution, forced labor, begging, criminality, domestic servitude, forced marriage and forced organ removal.

3. Globally, nearly 21 million people are victims of forced labor and trafficking, according to the International Labour Organization (ILO).

4. Human trafficking is the world's fastest growing criminal enterprise, making an estimated $150 billion annually in illegal profits, according to the ILO.

5. Of the victims, one quarter are children, and more than half are women and girls, according to the ILO.

6. The largest number of forced laborers are in the Asia-Pacific region and the least are found in developed economies and the European Union, the ILO said.

7. The face of trafficking is changing, with more children and men falling prey and more victims trapped in forced labor than a decade ago, the United Nations reported last year.

8. In the United States, nearly 32,000 cases of human trafficking have been reported to the National Human Trafficking Hotline in the last decade.

9. The U.N. Office on Drugs and Crime found trafficking in 106 countries and territories, with trafficking for sexual exploitation, forced labor and begging most common.

10. The United Nation's latest global goals, the Sustainable Development Goals, passed by U.N. member states in 2015, call by 2030 for the eradication of forced labor, modern slavery and human trafficking, an end to child labor and elimination of "all forms of violence against all women and girls in the public and private spheres, including trafficking and sexual and other types of exploitation."