Ndebele denies lobbying Zuma to have his corruption prosecution quashed 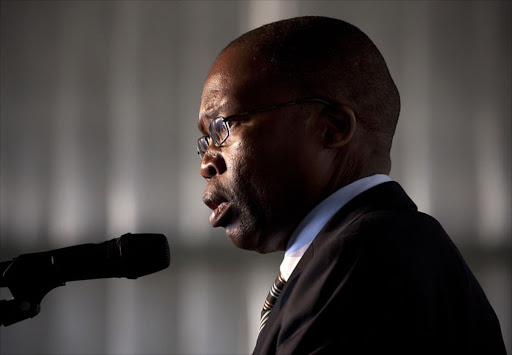 HOT WATER: Former transport minister Sbu Ndebele is said to have been recalled from his post as South Africa's High Commissioner to Australia following charges of corruption against him Photo: DANIEL BORN

There is no truth in reports that former cabinet minister Sbusiso Ndebele lobbied president Jacob Zuma‚ hoping to have his corruption charges dropped‚ his lawyer said in Pretoria on Thursday.

“There is no such. He has not lobbied the president‚” Linda Dube said.

On Thursday‚ Ndebele‚ whose charges relate to his tenure as transport minister‚ and his co-accused‚ including his former director-general‚ George Mahlalela‚ and his former deputy‚ Zakhele Thwala‚ appeared briefly in the Specialised Commercial Crimes Court in Pretoria on a total of 15 counts of corruption.

The fraud and money-laundering relate to the alleged tender irregularities in the extension of Tasima’s contract for the management of the contentious National Traffic Information System (eNatis) at a cost of close to R2 billion.

Ndebele alone faces two counts of corruption for allegedly accepting more than R10.2 million in bribes to facilitate the “irregular” extension of the tender. He is also facing charges of money-laundering and of attempting to induce another person to commit an offence.

According to the charge sheet‚ a total of R10.264 million was transferred by Sinosa Construction‚ one of the companies in the Tasima consortium‚ into Ndebele’s Investec account between October 2010 and September 2012.

This was about nine months after his department had concluded a R49.5-million contract with one of the consortium’s business entities.

City Press reported at the weekend that charges against the former minister of correctional services and former SA high commissioner to Australia appeared set to be dropped after he complained to Zuma about interference in his prosecution.

The documents are alleged to show that in late 2015‚ the transport department needed Ndebele and his co-accused arrested to strengthen their civil case against the company Tasima as the department wanted to take over Tasima’s multimillion-rand ­contract to manage its Electronic National Administration Traffic Information System (eNatis).

Tasima and RTMC are currently locked in a legal wrangle after RTMC boss Makhosini Msibi approached the high court in Pretoria to force Tasima to abide by the Constitutional Court order that it hands over eNaTis to RTMC and vacate its building.

Ndebele has since made representations to the NDPP‚ with the prosecution on Thursday asking for an eight-month postponement‚ until November 10‚ to consider the “voluminous” representations.

Ndebele‚ who was in court‚ would not answer questions on what he thought the motive for the charges were‚ referring queries to his lawyer‚ who said his feeling was that justice was being done.