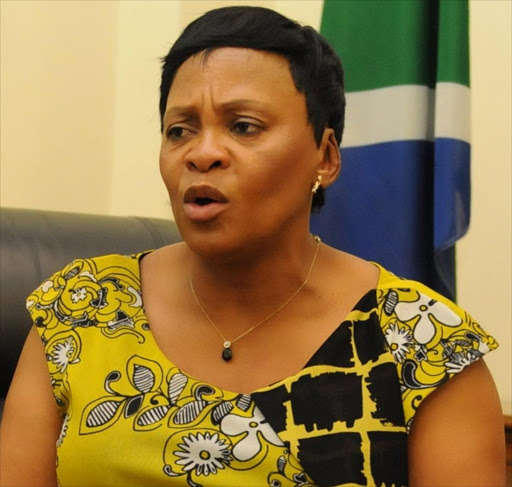 In an exclusive interview, Minister of Water and Sanitation‚ Nomvula Mokonyane laid bare her feelings regarding the recent allegations levelled against her.

Mokonyane has been accused of having several ‘Ben10s’ (young lovers) whom she allegedly rewarded with financial favours that include access to tenders.

Last week opposition party Democratic Alliance announced that it would request that the Auditor-General (AG)‚ Thembekile Makwetu‚ launch an independent investigation into the gross mismanagement of funds by the Minister.

This is after the City Press newspaper reported that her department is more than R4.3 billion in debt and unable to complete crucial projects or pay contractors.

The department denied these rumours declaring that it still had 'sufficient funding until the end of the financial year'.

Mokonyane told Sowetan LIVE that although she was hurt by the recent allegations, it would not deter her from doing her job.

“It does hurt. I’m human, I’m a mother, I’m a wife, I’m somebody else’s child. But I have opted to sacrifice my entire life serving the people of South Africa until today."

“I know that for you to get at a woman you must throw something about sleeping, I don’t know how many he (Julius Malema) has said I slept with, the list is long. But it’s okay, I’ll pay this price as long as I’m determined to serve the people of South Africa,” she said.

"Once I’m tired I’ll pack my bags, or once the ANC has had enough of me I’ll pack my bags and go home and that’s when I can then fight for my own character. For now I take it, it comes with the job. I mean if they can insult President Zuma whose I don’t know how many years older than them who am I?”

"Last week people had said I’m not with my husband, I don’t know how many times it has been said that my husband moved out of the house or that I’ve moved out.

"I’ve never, ever moved out of the house. In fact we are very clear, we separate the ANC from our life everyday. We remain who we are with our own lifestyle, we refuse to be celebrities because of political office because we know politics are dirty. We live in our house, it’s nice. Once I go in there, I take off my shoes and I become Nomvula the wife and a friend. He smokes his cigar, he watches his golf, I watch my own movies and we have our grandchildren. We’re a happy family not what people are talking about."

Mokonyane said she has long admitted to herself that there are 'cruel people' in politics adding that some of those who attack her are the people she either grew up with or who grew up under her wing such as Malema.

“I refuse to be diverted. I have a bigger intention to serve the people of South Africa and I am humbled to be given this responsibility everyday but I know it is not permanent."

“The most painful things that have happened to me came through the politics. I don’t know when will I say enough is enough because it’s not a career to me. The day when I feel it’s enough I will make that determination but for now the struggle continues."