Violent protest flares up over access to running water 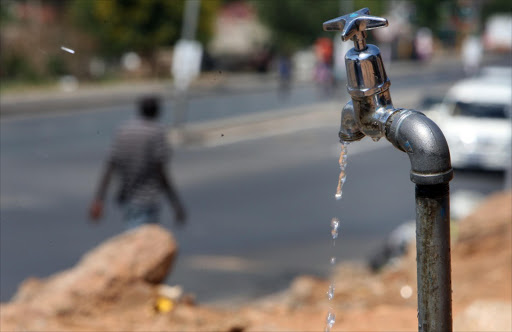 The African National Congress in the North West says it has learnt with shock the torching of its deputy provincial chairperson Sello Lehari’s house and three other houses during a water protest in Moeka village in the Moretele Local Municipality.

Lehari is also the MEC for Education and sports development in the province and former mayor of the Moretele local municipality.

According to Shangy Mbekwa‚ leader of Agenda to Citizenry Governors and councillor in the Moretele local municipality‚ the problem started on Friday when the community blamed the mayor‚ Andries Monaheng‚ for not honouring his promise to intervene in their water crisis.

He said Monaheng addressed the residents last week Sunday and promised to provide three buses to residents and to accompany them to negotiate with the Tshwane metropolitan municipality on their behalf to provide water.

“He sent a minibus and failed to come as promised. Residents called him but his phone was off. This angered community members and they started protesting‚ blocking roads in the village‚” Mbekwa said.

During the violence‚ a 17-year-old youth was shot and killed‚ allegedly by “bouncers“.

This enraged residents‚ who went on the rampage and burned down several houses‚ including that of Lehari and that of his bodyguard.

Mbekwa said the same “bouncers” kidnapped a community member‚ beat him severely up before handing him over to the police. The injured man was arrested and taken to hospital

A local high school was also targeted and vandalised during the violence.

ANC secretary in the North West‚ Dakota Legoete‚ said they condemned the use of violence in any situation.

He said the ANC has since moved its meeting scheduled for Monday from Matlosana to Moretele municipality.

“This is in support of (Lehari) and family‚ as well as other victims of the violent protests that resulted in their homes being torched‚” Legoete said.

He said officials led by premier Supra Mahumapelo will also hold meetings with the affected branches of the ANC to get first-hand information on what is behind the violence.

“The ANC leadership will then meet law enforcement agencies in the area to get a detailed briefing and offer support to them as they work hard to bring the perpetrators to book‚” Legoete said.

Moretele municipality‚ near Hammanskraal‚ has been plagued by water crisis for years‚ with residents in 11 villages forced to drink with animals from quarries.

This is despite President Jacob Zuma promising them in June 2012 that they would never again experience water challenges‚ during a Performance Monitoring and Evaluation visit to the area. “Water is a basic need that must be provided to our people. Our government will do everything in its power to ensure that our people have access to clean water. We have noted with great concern that water is a problem in this area and we have already started work in addressing water shortage in this community‚” he told the residents.