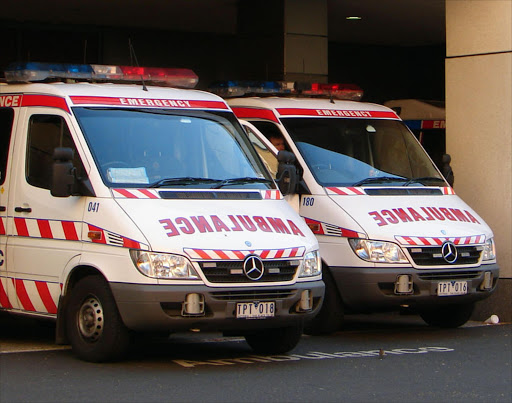 A collision between a bakkie and a car on the N12 near Zuurbekom outside Carletonville has left a couple dead and their two children seriously injured.

“Shortly before 6am this morning‚ paramedics from ER24 arrived on the scene where they found two vehicles that overturned. The parents of an 18-month old and 9-year-old were found with fatal injuries near an overturned bakkie‚” said ER24 spokesman Werner Vermaak.

“All the occupants were ejected from the vehicle. The two children were found with serious injuries. Both were treated and stabilised on the scene before they were rushed through to a nearby hospital.

“The driver of the Polo sustained minor injuries and later declined to be transported to hospital‚” Vermaak said.

“The exact circumstances surrounding the collision are not yet known. The incident was handed over to local authorities for further investigation‚” he added.