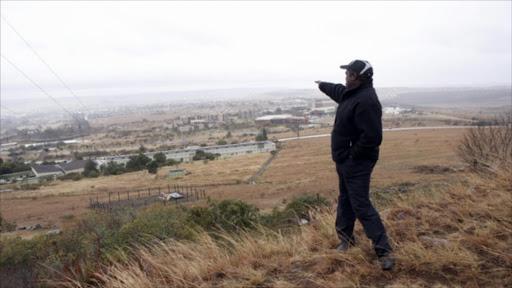 The Land Claims Court has passed a landmark judgment by ruling that a special master must be appointed to see that longstanding claims by thousands of labour tenants are processed.

The court also declared that the failure of the Department of Rural Development and Land Reform to process the claims brought under the Land Reform (Labour Tenants) Act of 1996‚ was inconsistent with the Constitution.

A special master is an independent person appointed by‚ and who reports to‚ the court.

Although the concept of a special master is a novel one in South African law‚ it is widespread in other jurisdictions. Special masters assist in matters where specialist skills or capacity are needed.

This case has its genesis in the failure by the Department of Rural Development and Land Reform to process the labour tenants’ claims.

The Act provided for labour tenants to claim ownership of land they and their parents and grandparents lived on and used.

About 21 000 labour tenants from across the country had applied for land ownership. The cut-off date for submissions was March 2001.

By 2013‚ however‚ thousands of the applications had not been processed.

This prompted an organisation representing the tenants‚ the Association for Rural Advancement‚ to approach the Land Claims Court to compel the department to explain how it intended to deal with the outstanding claims.

The department missed the deadline set by the court‚ prompting the claimants to launch the application to appoint a special master.

In the judgment on Friday‚ the court said it was apparent that the Department of Rural Reform and Land Affairs’ failure to process the applications the noble goals of granting security of tenure and ownership of land to labour tenants would not come to pass.

“This regrettable state of affairs has‚ unfortunately‚ 20 years after the promulgation of the Act in 1996‚ actually come to pass‚” Acting Judge Thomas Ncube said on Friday.

He said the department had not been able to provide statistics of how many labour tenant claims had been processed and that‚ disturbingly‚ it had lost claimants’ files.

Ncube said the minister and the director-general of the department had not denied they had failed to process the applications adequately and that many claims remained unattended to.

The director-general opposed the application for the appointment of the special master and contended that the appointment would not accelerate and improve the finalisation of these claims.

Ncube disagreed and said effective relief was required for the many thousands of labour tenants.

“The department has thus far experienced grave difficulties in providing this. If a special master could potentially achieve that end‚ such an appointment is more than justified in my view.”