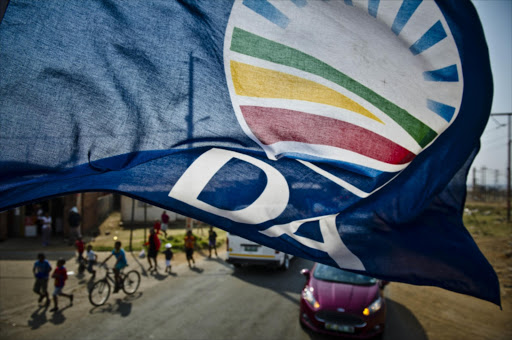 Chaos erupted at a Democratic Alliance rally in Ward 39 in Soshanguve on Monday as people dressed in yellow shirts blocked the entrance of the hall were it was taking place with burning tyres.

They also threw bottles and rocks at the crowd that was listening to DA mayor Solly Msimanga‚ making them scatter and forcing people to move their cars which they threatened to also burn.

Msimanga urged the crowd to ignore the people and the disturbance quickly died down and the perpetrators disappeared as quickly as they had appeared.

“They are trying to scare us [but]… we will continue‚” he said.

In his address to the locals‚ Msimanga said his administration was fighting corrupt and would be dealing with those implicated in corrupt activities like the R90-million city hall refurbishment scandal that has made the hall uninhabitable.

He also said the people of Tshwane‚ particularly in Hammanskraal and Mamelodi would soon have access to clean water and those without proper housing would have their details recorded as the metro worked on getting them housing.

Msimanga was joined by DA leader Mmusi Maimane who told the crowd the party would announce on Thursday that it wants a full inquiry into National Prosecuting Authority head Shaun Abrahams and that he should be suspended until it was concluded.

The charges which were brought against Gordhan have been criticised by many as bogus and politically motivated.

Speaking after helping to remove the burning tyres‚ Soshanguve local and DA member Tshepo Moremi said: “We are used to the disruptions at our events.”

He said the disruptions did not normally turn violent but in the instances when they did‚ DA members would do what they had to do in defence of their leadership and property.

By the end of the rally‚ a police Nyala and other police vehicles were at the hall as DA members‚ Msimanga and DA leader Mmusi Maimane left.

Earlier‚ several local residents said they are tired of politicians and their games and want to see them doing more work for their communities.

The ward is one of many in Soshanguve that are run by the ANC under a Democratic Alliance (DA) administration.

The Tshwane‚ Nelson Mandela Bay and Johannesburg metros went to the DA after the local elections in August.

“The DA (Democratic Alliance)‚ ah‚ they are just talking‚ they come to criticise Zuma they must not tell us about Zuma‚” said Ward 39 resident Esther Mabena.

Mabena is one of many residents who stood outside their yards watching the DA rally at the nearby Taxidermy hall.

Mabena and her neighbours said they were not even told that the DA was holding a rally in their ward. She said she was tired of hearing about politics and if she wanted to know more about the scandals about President Jacob Zuma she would turn to media reports.

“We know what Zuma is we doing‚ we have TVs‚” she said.

The other women with her who didn’t want to be named agreed‚ saying that they were feeling fatigued by all the news about the president’s issues.

Mabena said any politician from any party who came into her community should be ready to talk about development and service delivery.

“We want someone who will lead us in honesty‚” she said‚ the other women murmuring in agreement. — TMG Digital