Oscar got time out of prison to attend grandmother's funeral 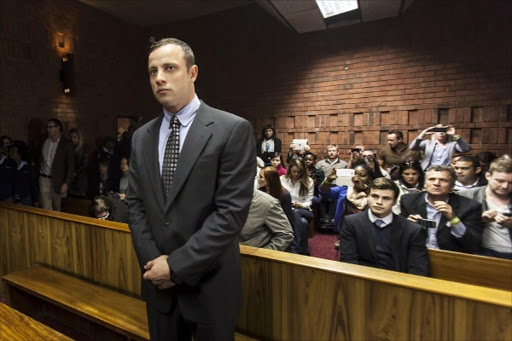 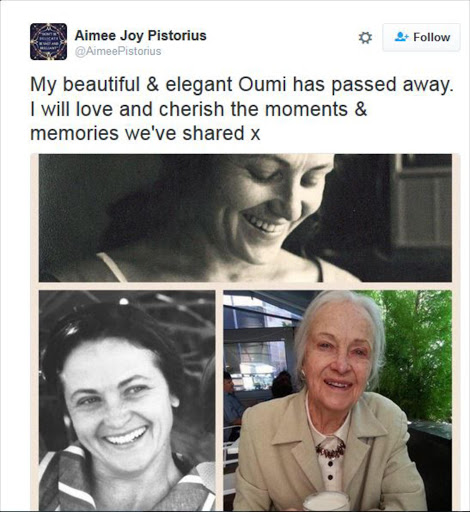 Convicted murderer and former Paralympian Oscar Pistorius was released for a few hours last Friday to attend the funeral of his grandmother‚ Gerti Pistorius.

Pistorius’s sister Aimee tweeted on October 9 that her grandmother‚ who was 92‚ had passed on.

Gerti was the mother of Oscar’s father Henke and other siblings.

In a statement on Monday‚ the department of correctional services said Pistorius had requested permission to attend the funeral of his late grandmother.

“The funeral was scheduled for Friday‚ 14 October 2016. This request was processed in accordance with the Departmental Policy on Amenities of Inmates‚” department spokesman Singabakho Nxumalo said on Monday.

He said the policy gives a number of privileges for offenders‚ and it was introduced primarily to encourage offenders towards good behaviour‚ to instil a sense of respon­sibility and to ensure their interest and co-operation in the integration into de­tention and treatment programmes.

Nxumalo said Pistorius’ request for a compassionate leave was granted‚ as he was classified low risk.

“Compassionate leave is granted for the at­tendance of funerals and/or a serious sick­ness where it is expected that the person is dying. This concession is only granted when it concerns a direct family member (father‚ mother‚ child‚ spouse‚ bro­ther‚ sister‚ grandfather and grandmother).”

Nxumalo said the emergency support team of the department escorted Pistorius to attend the funeral at 8am on Friday and he returned to his cell by noon same day. — TMG Digital