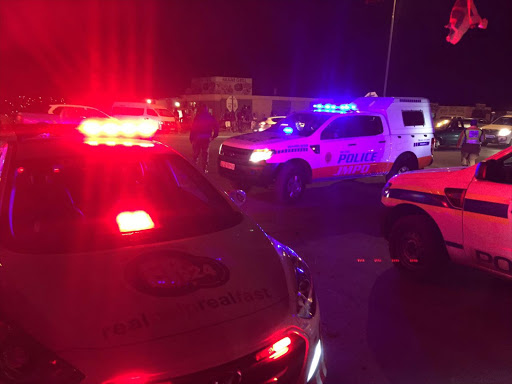 Gauteng police said on Thursday morning that the man alleged to have shot a motorist in the head after a collision in Cosmo City has been taken into custody.

“Yes‚ I can confirm that the man was arrested on the scene. We are still getting further details on the case‚” said Lieutenant-Colonel Lungelo Dlamini of Wednesday night’s incident.

ER24’s Werner Vermaak said earlier that the 30-year-old victim “told paramedics that he was involved in a collision with another vehicle when the other driver apparently got out of the vehicle and shot him”.

The service’s paramedics arrived at the scene on South Africa Drive at around 8pm‚ and found him “sitting on a pavement near his vehicle”.

“He had a gunshot wound to the front of his head. He was immediately assessed by paramedics and treated for his injury‚” Vermaak added.

“It appears that the bullet entered the front of his skull. He was in a serious‚ but stable condition. He was rushed to a nearby hospital for treatment.”

Vermaak said Johannesburg metro police “attended the scene and questioned the driver of the other vehicle by the time paramedics left for hospital”.

“He was not injured in the incident. The exact circumstances surrounding the incident will be investigated.”