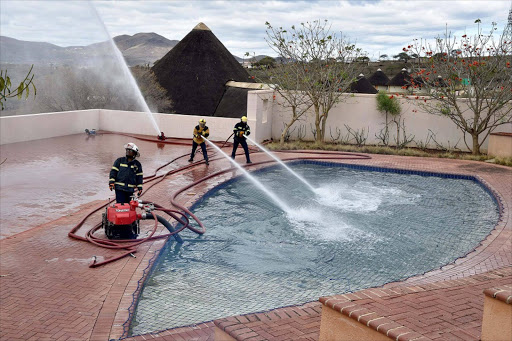 The little known VBS mutual bank that loaned President Jacob Zuma the money to pay back R7.8 million for some upgrades at Nkandla has four branches and managed to post a profit this year after some lean years.

In a statement earlier on Monday‚ the presidency said Zuma had raised the money through a home loan obtained from VBS Mutual Bank.

While the loan repayment details have not been made public‚ on usual home loan terms over an extended period of 30 years‚ Zuma would be liable for about R70‚000 a month. The president earns R2.87 million a year.

Established in 1982 and initially operated as Venda Building Society‚ the bank currently has four branches — in Thohoyandou‚ Sibasa‚ Makhado and more recently‚ in Johannesburg.

The bank’s majority shareholders are the Public Investment Corporation (25.26%) — which manages pensions for government employees — and Dyambeu Investments (Pty) Ltd (25.22%).

According to VBS Bank website‚ its ownership structure also encompasses a 1.1% staff incentive and 48% by other shareholders who are not disclosed.

It posted a net profit of R4.9 million in the latest financial year‚ after a turnaround strategy was implemented following the acquisition of a majority stake by Dyambeu investments under the leadership of the Venda king‚ Khosikhulu Toni Mphephu Ramabulana‚ in 2013. This is contained in the annual report statement in June this year by Tshifhiwa Matodzi‚ chairperson of the board.

He commented “it is notable that the bank success is on the back of a struggling economy where job creation‚ access to finance are paramount but difficult to access”.

Matodzi‚ a qualified Chartered Accountant who previously worked for SizweNtsaluba Inc and Denel‚ said one of the pillars of the turnaround strategy was the repositioning of the bank as a small and medium enterprise (SME) bank. In the year‚ more than R450 million was advanced to SMEs.

Andile Ramavhunga‚ the Chief Executive Officer of the bank since 2014‚ was formerly employed by Deloitte‚ FirstRand‚ Absa‚ Landbank‚ according to his CV.

In his financial overview‚ he said the bank’s net profit of R4.9 million in the year to end-March 2016 translated to a 376% increase when compared to the net profit of the prior financial year.

Total assets of the bank have increased to R1 billion (156%) when compared to the prior year‚ he said.

He revealed that during the course of the previous financial year‚ the bank changed its funding strategy from just focusing on deposits from the general public to also include sourcing of funding from institutions and municipalities.

“This strategy yielded results as funding to the tune of R280 million was raised from municipalities and institutions in the current financial year.”

He also said that during the year under review‚ the bank drew down just under R300 million from its PIC facility‚ “which enabled it to improve both profitability and total assets. This facility is aimed at financing fuel and energy related transactions”.