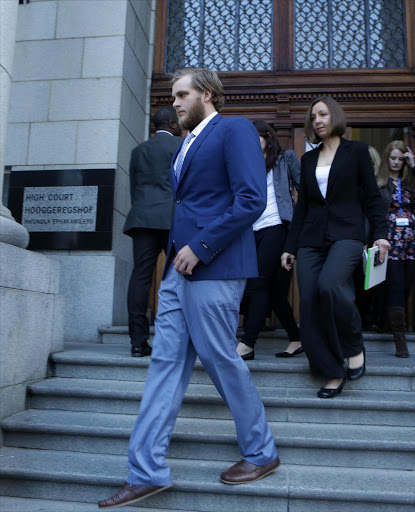 Multiple murder accused Henri van Breda’s first appearance in the Cape Town High Court on Friday was preceded by drama when his lawyer’s car was broken into.

Two briefcases had been stolen from the vehicle‚ which was parked at the gym in Sea Point on Friday morning‚ according to police spokesman Andre Traut.

Eric Ntabazalila‚ spokesman for the prosecution‚ said the alleged theft did not affect the state’s case.

“Kindly be advised that the police case docket regarding the De Zalze [Winelands Golf Estate] murders is in the possession of the National Prosecuting Authority and has not been affected by the above incident‚” Ntabazalila said.

Van Breda appeared in court in preparation for his trial which is set to start on February 6.