No hope for SA universities: Jansen 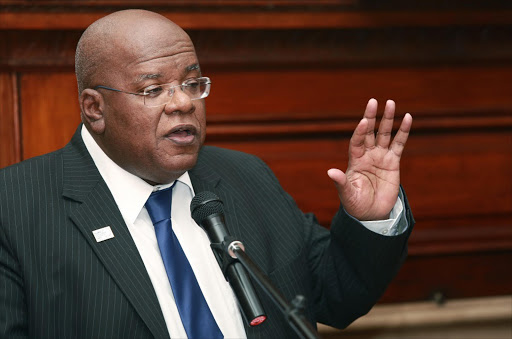 Outgoing University of the Free State vice chancellor‚ Professor Jonathan Jansen‚ said this with disconcerting confidence at a luncheon he hosted at the Cape Town Club to discuss current events on Wednesday‚ prior to his departure for the United States.

Jansen said that history would show that the turning point in the destruction of South African universities was when President Jacob Zuma‚ despite Minister Blade Nzimande’s position of a 6% fee increase‚ announced a 0% increase for the 2016 academic year in order “to get the kids out of the union buildings“.

“In the meantime‚ the political situation has caught up with us such that‚ it is now impossible to ask for anything in terms of a fee increase and that is our dilemma.”

Jansen also offered insights into the moment he decided to step down – after receiving a WhatsApp message at 2.30am – and the personal strain endured by other vice-chancellors who are grappling with financial constraints at universities.

“In the next 10 to 15 years‚ and I don’t say this easily‚ I looked at all the sums‚ I have done the financials of all the universities‚ I have looked at the politics of the system‚ the top 10 universities in this country‚ will look like the bottom 10‚” he said.

“And the reason for that is that what is happening now is not sustainable. It is totally and completely unsustainable.”

While interviewing 11 other vice-chancellors for his new book‚ Whack-a-Mole University‚ Jansen said that for the first time he gained insight into the struggles of leaders caught between two forces — the reality of the government not having money and a student body that does not want to pay for anything.

Every day‚ Jansen said‚ vice chancellors could not go to bed without thinking about what issues would come up the following day.

Jansen described how he sat with the likes of Max Price‚ Dr Sizwe Mabizela‚ Dr. Cheryl de la Re‚ and Tyrone Pretorius‚ among others.

“I sat down with each one of them for about two hours and I tried to understand what this crisis looked like from the VC’s office.

“And the last question I posed to each one of them‚ was‚ how has this crisis impacted on you and your family? Now you see the problem with South African men is that we tend to be very macho. We try to pretend that everything is under control.

“When I asked the men those questions‚ they became very emotional and for the first time I had an insight into the struggles of these leaders.”

Jansen said that while it was not his intention to judge the two factions — students and the government – he emphasised that we depended on vice chancellors “to make sure the university still stands”.

Jansen will step down on August 31 and will take up an invitation as a Fellow at the Centre for Advanced Studies in the Behavioural Sciences at Stanford University in the US in September.

He will leave behind an on-going national financial crisis in South African tertiary education.

Recalling the moment that he decided to step down‚ he said the turning point was a 2.30am WhatsApp message. “I woke up and I was sweating. And what went through my mind immediately was are the students safe?

“And right there‚ sweating I decided‚ that’s it. I’d always decided I would leave the job after seven seven years‚ which is now. But I can’t take this. Because there are 31 713 students on the campus right now and every life is precious. If something happens to your child‚ white or black‚ I carry that responsibility.”

Jansen also recounted some of the desperation and humiliating decisions that some students faced who wanted to study but did not have the funds.

“So this young student from KwaZulu-Natal sits in front of me‚ and she says to me‚ ‘professor as you can see‚ I have a pretty face‚ and honestly if you don’t give me money to be able to pay my fees for the semester‚ I might have to get myself a sugar daddy’.

“Now I am very good at reading young people‚ and I knew that this wasn’t blackmail. I knew she really meant this‚ because I knew she was so desperate to get that one ticket out of poverty‚ and that is a university degree.”

Jansen proposed some solutions to the funding crisis:

- “I do believe that education of poor children must be free. You can’t squeeze water out of a stone.

- “The middle class students must pay‚ and I haven’t heard a clear stance from their leadership on that issue.

- “The government must find a way of recouping the money given to students so that the system is sustainable.”