South Africans feeling the pressure of house prices as other costs 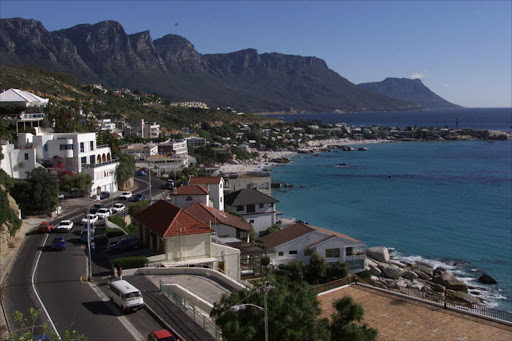 The national average home price in South Africa has risen by almost 8% in a year‚ but high cost-of-living increases coupled with sluggish salary increases are having a dampening effect.

According to the latest statistics released by BetterLife Home Loans‚ a mortgage originator‚ the 8% price growth was recorded in the year to end-June‚ compared with 5‚9% in the previous 12 months.

However‚ the company said the statistics also show that the rate of home price growth is slowing‚ having achieved an increase of just 2% in the June quarter‚ compared with an increase of almost 5% in the first quarter of this year.

Got R60 million? There's a house in Sandton for you

“This year‚ there has not been much extra income injected into household budgets by way of salary increases‚ a large drop in fuel prices like the one that occurred last year or the personal tax cuts usually announced in the Budget. And what has come in has been rapidly absorbed‚ in most cases‚ by steep food price increases resulting from the ongoing drought in many parts of the country‚ and rising water and electricity costs.”

Sluggish economic growth and rising unemployment have kept the lid on salary increases‚ he noted‚ while the Reserve Bank has estimated that food price inflation will almost double this year from 5‚9% recorded in December 2015 to 11%.

“Meanwhile the average household is already dealing with higher debt repayments thanks to the two interest rate increases announced this year‚ and the annual increases in water and electricity tariffs just announced by most municipalities‚ which average around 10%.

“In short‚ most consumers are struggling to make ends meet‚ and while the demand for property remains high‚ the decline in discretionary incomes is increasingly limiting what potential buyers are able to afford – and what banks are prepared to lend them.”

Rademeyer said that the banks are‚ however‚ still favouring secured lending products such as home loans‚ and that the percentage of home loan applications being declined outright has dropped to 27% in the past year from 28% in the previous 12 months.

People are also placing larger deposits on their home purchases‚ possibly due to the favourable interest rates they receive when doing so. “Our statistics show that 52% of all prospective buyers are putting down more than 10% of the purchase price‚ with the current average being 21% of the purchase price.”

In the first-time-buyer sector of the market‚ continued strong demand is indicated by a 6‚2% increase in the average home price in the year to end-June‚ compared to a 3‚8% increase in the previous 12 months‚ he said.

“In addition‚ first-time-buyers continue to account for 46% of all home loan applications‚ and almost a third of all home loan approvals‚ even though this sector has also seen cash deposit requirements rise from an average of 11% to an average of 12% in the past 12 months. Our expectation‚ though‚ is that it is going to become increasingly tough for prospective buyers at all levels to secure home loans. ”

The BetterLife Home Loans statistics represent 25% of all residential mortgage bonds being registered in the Deeds Office.